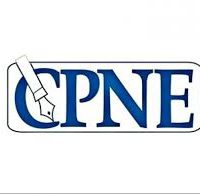 ISLAMABAD: The Council of Pakistan Newspaper Editors (CPNE) has awarded life time achievement award to Hafiz Sanaullah, senior journalist of KP, in recognition to his services spanning over half a century in the field of journalism.

The award was given to him by President Dr Arif Alvi during Pakistan Media Convention held under the auspices of CPNE here the other day. Hafiz Sanaullah is in the field of journalism for the last 53 years and worked for both foreign and Pakistan’s top English and Urdu newspapers and news agencies. He holds Master’s degrees in Journalism from Punjab University and in Economics from the University of Peshawar and Diploma in Advance Journalism from UK.

Hafiz Sanaullah joined daily Evening Telegraph as reporter after acquiring diploma. Interestingly, his first story was a by-liner on front page as banner lead. Hafiz Sanaullah is founder of foreign journalism in KP and worked with Reuters, Voice of America and Time magazine for long time particularly covering Afghan war.

Hafiz Sanaullah worked with the only Peshawar English daily Khyber Mail, Pakistan Times and PPI as bureau chief, daily Khabrain and The Post of Khabrain Group of Newspapers, as resident editor. He laid the foundation of Department of Journalism in the University of Peshawar and dedicated his two decades of life in full time teaching and that too without any salary. There is hardly any such instance in Pakistan. It was his remarkable contribution and Pakhtun young generation opted for journalism to serve their province. Most of his students are working with BBC, VoA and print and electronic media of Pakistan.

Hafiz Sanaullah also performed as elected general secretary of both Khyber Union of Journalists and Peshawar Press Club. Once he escaped unhurt while working in his PPI office as it was attacked with a bomb blast for releasing Afghan war stories. He was arrested and kept in illegal confinement for not rising on the arrival of a former prime minister on the dais during his party workers meeting in Mardan. He was decorated with Tamgha-e-Imtiaz and Lala Ameer Ahmad Siddiqui lifetime achievement award by Khyber Union of Journalists and Peshawar Press Club.