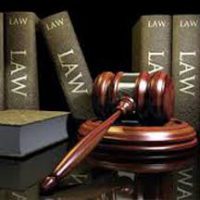 THE framing of laws and the ambit of their application is always a delicate balancing act. After the media managed to see off the threat posed by a draft law targeting the press, another, albeit somewhat less worrisome, challenge has come up. It appears that the draft Sindh Press, Newspapers, News Agencies and Books Act, 2017, has been approved by the chief minister and will now be scrutinised by the law ministry and then sent to the provincial cabinet for further perusal. The subject had been devolved to the provinces when the Concurrent List was abolished after the passage of the 18th Amendment. While there might be some justification for the move to regulate certain processes, for example the registration of newspapers, news agencies and printing presses, and to collate circulation figures so that the rates of government ads can be settled upon, and ensure there are no overlaps in names and titles, there are certain provisions, including penalties that are cause for concern.

To begin with, the draft legislation appears to be heading into the realm of checking published content. For example, a newspaper’s declaration may be cancelled, for a number of technical reasons — if it carries “photostat material, [and] copies from other newspapers, including editorial [sic]”. Then, in addition to editors, it also, needlessly, holds individuals in charge of the pages responsible for any contraventions, prescribing either fines or jail terms as penalty. These debatable provisions are also worded loosely, lending themselves to abuse in the future — a point that ought to resonate deeply in a country that has been through long periods of draconian censorship. Surely, there is no need to embed such articles in legislation related to procedural matters when there is no dearth of laws, like those related to hate speech, incitement to violence, etc, that are similarly intended. The draft at hand needs more careful perusal, as well as consultation with stakeholders, before it is passed into law.