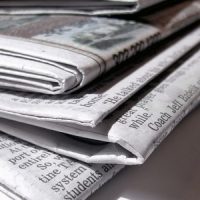 KARACHI: With the concurrent list abolished in the wake of the adoption of the 18th Amendment to the Constitution, the Sindh government has drafted a law to regulate registration of newspapers, news agencies, printing presses and books that on paper appears to be tougher than the existing laws.

“By regulating printing presses in the province, this law will ensure that everything — including the propaganda material of militant and terrorist organisations, which otherwise is easily available on bookstands — is brought on the radar screen,” said a home ministry official on Thursday.

The law — Sindh Press, Newspapers, News Agencies and Books Registration Act, 2017 — has reportedly been given a nod by the chief minister and has been handed over to the law ministry for vetting before being submitted to the provincial cabinet for approval. After the cabinet’s approval, the law would be tabled in the provincial assembly for final approval.

The draft law, a copy of which has been obtained by Dawn, is aimed at ensuring that every book or paper printed in the province will clearly mention the name of the printer and place of publication, along with the date.

It says that no newspaper will be published except in conformity with the provisions of the act; every copy of a newspaper will contain the name of the owner and editor.

The law makes it clear that every publisher or owner of a newspaper will apply for a declaration… and submit an affidavit saying that he will pay salaries to employees as per the Wage Board Award.

“The declaration submitted by the publisher shall be accompanied by an undertaking by the editor to abide by the ethical code of practice contained in the Schedule to the Press Council of Pakistan Ordinance, 2002.”

The printer and publisher concerned will have to apply for a fresh declaration if a daily is not published for 16 days in a month, a weekly eight weeks in a calendar year, a fortnightly in two months, and a monthly in four months…. The same will be true for a news agency if it does not function for 16 days in a month.

The law says that a foreigner will not own or hold any interest in any newspaper printed or published in the province except with the previous approval of the government. And no such person will own or hold more than 25 per cent of the entire proprietary interest of a newspaper.

In addition to several other technical reasons, a newspaper’s declaration may be cancelled if it carries “photostat material, copies from other newspapers, including editorial”.

A provision for yearly renewal of newspapers’ declaration on payment of fee has been kept in the draft law which also provides for heavy penalty for unspecified violations.

The information ministry will fix rates for government advertisements based on the assessment by it, and only those advertising agencies will be allowed to work in government sector that are registered with the government.

“Whoever prints or publishes any book or paper or disseminates news in contravention of the provisions of section 3, shall be punishable with fine, which may extend to Rs500,000 but shall not be less than Rs50,000 or with simple imprisonment for a term which may extend to one year or with both,” the draft act says.

The act even defines responsibilities of a page in-charge when it says: “The page in-charge shall, in supervision and superintendence of editor, be responsible for checking the contents of the pages and ensure due satisfaction of the material sent to the printer and publisher for publication. Every publisher shall submit the intimation in writing, as furnished by the editor, with respect to the responsibilities of page in-charge with his acceptance to the office of the press director and copy to the deputy commissioner concerned.’’