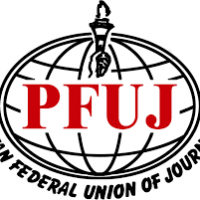 A joint statement issued by the PFUJ President Afzal Butt and Secretary General Ayub Jan Sarhandi said establishing the Authority would be an act worse than the Press and Publications Ordinance promulgated by the former military dictator General Ayub Khan.

The PFUJ expressed serious concern over the government’s decision and warned that it would not accept such draconian black laws.

It said aimed at introducing a system of annual licensing for the print media, establishment of PMRA is akin to making the press subservient to the bureaucrats of the Federal Ministry of Information and Broadcasting.

The government is violating the Constitution with the ulterior motive of subjecting the print media to draconian black laws, which would never be accepted by PFUJ.

The two domains are completely distinct from each other requiring different rules and regulations. Nowhere in the civilized world-including developed and developing countries-are the regulatory bodies and regulatory rules of the print and electronic media the same. Putting both print and electronic media under a single regulatory authority in Pakistan would, therefore, create serious problems for freedom of press, accountability, and governance.

Media stakeholders were not taken onboard on the decision for establishing the PMRA. The PFUJ would not accept enactment of any media-related law without its input in the process. Establishment of the PMRA would abolish laws like the Press Council of Pakistan Ordinance, Press Newspapers, News Agencies, and Books Registration Ordinance, and Pakistan Electronic Media Regulatory Authority (PEMRA), which were promulgated after consultations with the media representatives.

Abolishing the aforementioned laws would also put an end to the Wage Award under which the media employees’ salaries are determined.

The PFUJ has a long and proud history of struggle against such draconian laws and warns the government to stay away from opening another Pandora’s Box for itself by establishing the PMRA.

The PFUJ urges the democratic forces, scholars, civil society, political parties, and lawyers to unite in raising their voice against government’s attempts at curbing freedom of press.

The PFUJ appeals to the All Pakistan Newspapers Society (APNS), Council of Pakistan Newspaper Editors (CPNE), and Pakistan Broadcasters’ Association (PBA) to fully support the struggle against imposition of draconian laws to curb freedom of press.

Let us not forget that freedom of press is the key to democratic freedom. As famously put by Thomas Jefferson, “Our liberty depends on the freedom of the press, and that cannot be limited without being lost.”