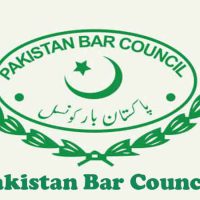 ISLAMABAD: Pakistan Bar Council (PBC) and the Supreme Court Bar Association (SCBA) have expressed serious concern at the establishment of Pakistan Media Regulatory Authority (PMRA), replacing the existing print and electronic media statutory media bodies, maintaining that the government’s objective appears to be to control both electronic and print media.

This was the outcome of an anecdotal survey carried out by Business Recorder of the two top lawyers’ bodies in the country.

PBC Vice-Chairman Kamran Murtaza categorically stated that the objective behind creating the new body appears to be to control the media. In the presence of separate bodies for electronic and print media there is no need for an amalgamated regulatory body, he added.

Murtaza further contended that “stifling independent voices, controlling democratic institutions and curbing journalists engaged in criticizing the illegal and unlawful steps of the incumbent government will not be in anyone’s interest and would ultimately destroy institutions.”

Amanullah Kanrani President SCBA said restriction on freedom of speech and expression would not be tolerated and cited Article 19 which stipulates: “Every citizen shall have the right to freedom of speech and expression, and there shall be freedom of the press, subject to any reasonable restrictions imposed by law in the interest of the glory of Islam or the integrity, security or defence of Pakistan or any part thereof, friendly relations with foreign States, public order, decency or morality, or in relation to contempt of court, [commission of] or incitement to an offence.”

The SCBA President pledged to oppose the passage of any law contrary to the spirit of Article 19.

Advocate Shafqat Abbasi, former chairman PPC, hailed the idea of bringing print, electronic and social media under one roof, but said instead of government the media should manage the body. He noted that in Europe and South Africa the media is run by media given that the bureaucrats or politicians are not aware of media problems.

Abbasi further pointed out that the Press Council Ordinance, Press Newspapers, News Agencies and Books Registration Ordinance and Pemra were enacted after dialogue and consultation by the government with the media bodies.

The All Pakistan Newspapers Society (APNS) flayed the federal cabinet’s decision to set up PMRA lamenting the lack of consultation with stakeholders.

APNS office bearers have stated that it would be impractical to bring print and electronic, ie, TV, radio, social and digital media under one regulatory authority maintaining that while the broadcast and digital media may be brought under one umbrella print media is different in nature, format and issues arising thereof, cannot be lumped together.