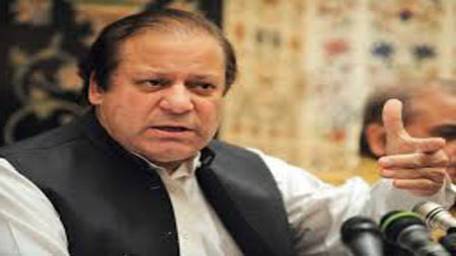 LAHORE: With the country celebrating Independence Day, Prime Minister (PM) Nawaz Sharif during his address to the nation requested the media houses for self-regulation and reviewing their role in the present political scenario.

The PM’s request should be taken seriously for the sake of a healthy state of mind and promotion of democracy in Pakistan.

The media houses have been asked to rationalise their role and see whether some elements were using the media for their extremist and undemocratic objectives. Nawaz also praised the role of media for promotion of democracy, right to freedom of speech and expression and restoration of judiciary. He praised journalists for rendering sacrifices and said he was confident that the media would play its role as a true fourth pillar of the state in the larger national interest.

Edmund Burke’s concept of media as the fourth pillar of state became very practical in Pakistan from 2002 and during last 12 years the media houses witnessed unprecedented growth and freedom in Pakistan.

Nawaz used phrase “some elements” for Pakistan Awami Tehreek (PTI) chief Dr Tahirul Qadri, who remained successful in gaining momentum through live media coverage. Qadri’s campaigned spoke both Urdu and English languages to promote his agenda. While speaking English, Qadri, however, remained democratic, civilised and gave assurance that his struggle was peaceful because he wanted to show the civilised world his soft image.

However, while delivering his message in Urdu he talked about qasas (revenge), inciting his workers to kill Nawaz Sharif, Shahbaz Sharif and his cabinet members if he was killed. He threatened to kill those who would abandon the ‘revolution movement’. However, when the same report was published in newspapers, he retracted his statement and insisted that he was trying to say that if he or Imran Khan retreated they should be killed.

Qadri also successfully used his oratory skills and references from the holy Quran and sayings of Prophet Muhammad (PBUH) to charge and motivate his workers, including women and children, during live media coverage. His party gained sympathy of the media after his 14 workers were killed during clashed with police in Model Town on June 17. No doubt freedom of speech has been misused by most of the media houses in Pakistan for their vested interests. Musical songs have become a routine in news bulletins, media code of conduct exists nowhere and the code of Pakistan Electronic Media Regulatory Authority (PEMRA) is being violated by almost every TV channel.

In the past, Taliban terrorists also manipulated media for their vested interests and it has become a tool to promote hate speech.

The violation of media ethics and code of conduct reached its peak after a big media house pointed fingers squarely at the Inter-Services Intelligence director general in the wake of the brazen attack on TV journalist Hamid Mir.

To address the issue the president formed a committee headed by columnist-turned-politician Irfan Siddiqui. The committee engaged academics to formulate a code of conduct after reaching a consensus on the matter.

The ball is in media houses court as the PM has requested them to review their policy. This is the high time that the media shows a sense of responsibility and professionalism for the healthy growth of the society and the promotion of democracy in Pakistan.