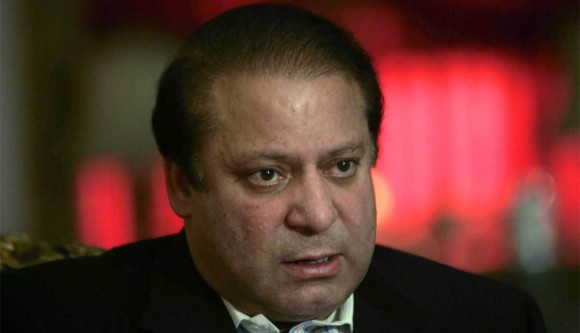 ISLAMABAD: The Nawaz Sharif government is being pressed hard for the second time in the first year of its tenure to shut down a private TV channel but is resisting the intense pressure while trying not to resort to confrontation with any state institution.

Previously, it was a civilian institution that wanted the closure of a TV channel (ARY), an informed source told The News, while this time a military organisation is hell bent upon getting another network (Geo News) off-air.

He said that earlier at the height of the pressure, Information Minister Senator Pervaiz Rashid remained physically present in his office till 02:20 hours to make it a point that no closure order was issued in any case.

The source said that while leaving his office, he told the concerned officials that if the channel was shut down by next day morning, he would deal with them sternly.“The obvious underlying reason for not taking the extreme action against the network is not to interfere with the freedom of the press and expression in any way,” he said.

The source said the same conclusion was driving the government to prevail upon the complainant that has filed the petition with the Pakistan Electronic Regulatory Authority (Pemra) not to compel it to go for the overkill.

He said that the Nawaz Sharif government was clear that in case of an extreme action against Geo, everybody would blame it now and in the days to come, not the complainant, that it had stifled the press freedom. “The government is not prepared to earn this bad name.”

The source said that unlike its track record during its previous two tenures, the government was showing utmost patience for the mere reason that it didn’t want to annoy the premier state institution in any way or resort to any confrontation with it.

Venomous propagandists, who are adding fuel to the fire, are relentlessly complaining and urging the government to “show itself” in the row and get the matter resolved rather than becoming a silent spectator. They are constantly complaining with the motive of trggering a clash between the government and the spy agency that the tiff has prolonged because of “inaction” of the government.

However, these instigators don’t know, or they know but are deliberately lying, that the government is engaged at the highest level day in and day out to resolve the conflict amicably.Senator Pervaiz Rashid has been specifically assigned the task and is fervently doing a lot to tide over the crisis. At the same time, Prime Minister Nawaz Sharif is keeping a complete track of the developments relating to this issue and issuing instructions where necessary. This means that all the relevant quarters are fully preoccupied with the job to extinguish the fire without compromising on the freedom of expression/press or letting down any state institution.

The source said that although Geo News was virtually off-air across Pakistan, a fact that the government fully knows, only because of the angels’ pressure on the cable operators, the government was not assertively, even softly or quietly, asking the Pemra to stop this illegality when there was no official order from the concerned organisation.

This government policy, he said, reflects its approach not to cause even minor disquiet to the complainant that might heighten the conflict. Unlike before, the government is demonstrating an unprecedented patience and tolerance, he said.

The complainant’s insistence is that the network should be shut down to send a message to the “officers” that due punishment has been given.The source said that the government side has made it clear again and again that any extreme action against the Geo News would most possibly be struck down the very next moment by a superior court, as the judiciary is bound to assure the freedom of expression and the press as ordained in the Constitution.

In that eventuality, the source said, not only the government but the complainant would face deep embarrassment apart from earning a bad name.

According to the source, the government side has stressed time and again that the international reaction to any extreme action against the network would be highly negative and that would be very damaging for Pakistan and its democratic dispensation.

However, the source said that the stalemate, which is likely to be broken in the coming days, still persisted.About his efforts to break the logjam, the information minister said that whatever he was doing was his duty, and it was not unusual to meet both the sides. Besides, he was also holding meetings with all the representative bodies and owners of TV channels.