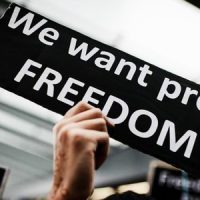 ISLAMABAD: The Pakistan Federal Union of Journalists (Afzal Butt group) on Saturday described Nov 3, 2007 as the darkest day in the country’s history and said on that day former military ruler retired Gen Pervez Musharraf had imposed a state of emergency in violation of the Constitution.

In a statement, PFUJ president Afzal Butt and secretary general Ayub Jan Sirhindi recalled that restrictions were imposed on the electronic media and the judges who refused to take the unconstitutional oath had been detained. The PFUJ launched a movement against those measures. Protest camps set up by the journalists remained in place for several months and due to this struggle TV channels were restored.

“This exemplary struggle is the beacon of light in our history,” Mr Butt said, adding PFUJ was still confronting unannounced censorship and black laws imposed on the press.

The leaders expressed their commitment that the journalists would continue their struggle until the press became completely independent.

The PFUJ said that even today efforts were being made to introduce Pakistan Media Regulatory Authority to impose restriction on the press.

“We will not accept any such law that is intended to gain government control on the press,” Mr Butt said.

“Like the past, PFUJ will not hesitate to offer any sacrifice for freedom of the press,” he said.