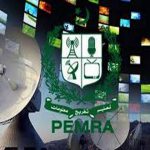 ISLAMABAD – The Pakistan Electronic Media Regula­tory Authority (Pemra) has refused the reports regarding draft consultation on regulating the Web TV and Over the Top TV (OTT) Content Services in Pakistan.

In a statement issued by authority on Friday said that in media reports it was al­leged that through the Draft Consultation on Regulating the Web TV & Over the Top TV (OTT) Content Services in Pakistan, Pemra intends to curtail the freedom of speech and gag voice. “The allegation is to­tally denied. The objective for the Consul­tation on Regulating Web TV and OTT con­tent services is elaborated in Section 1.2 of the Consultation Paper wherein it has been elaborated that the extensive growth of the web TV and OTT market and the excessive disruption of these services to tradition­al broadcast services have made regula­tors vigilant all over the world,” it stated

It further said, moreover, the broad­casters and TV operators and other tra­ditional service providers are losing their market share to online web TV and con­tent providers. “Although, there was other regulatory issues also which necessitate it to bring under regulations the Web TV & OTT services. For example all Pemra licensed broadcasters are subject to com­pliance with Code of Conduct-2015 which required the operators to have in-house time delaying mechanism and editorial control to filter out content which is not in compliance with the Code etc,” it added.

Pemra said, however, the web TV and OTT players were not subject to any code of conduct and other authori­ty laws. Moreover, as a regulator, it was the responsibility of Pemra to provide a level playing field to all stakeholders. Since OTT and Web TV operators were competing for the same advertisement or subscription revenue as the licensed operators, therefore, it was imperative that the services be regulated at par with other services. It claimed that Pemra has received tremendous response from some stakeholders, including internation­al players on the consultation process.

As a result of public feedback received through this consultation process, rec­ommendations for regulating the web TV and OTT content will be finalised. It is unfortunate that instead of giving feed­back in a professional way and sharing concerns if any with the regulator, some individuals and organisations have adopt­ed a highly objectionable way of simply rejecting the consultation process and have initiated a smear campaign against Pemra. It said more the news that Pem­ra has circulated another version of the draft regulation with the federal cabinet is totally false and devoid of any facts.