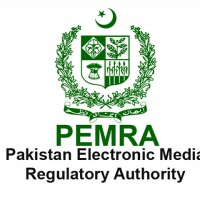 The regulator made the decision under section 27 of the Pemra Ordinance 2002 after a brief hearing held in Pemra’s head office on March 17. It was attended by Mubashir Zaidi, one of the three presenters of the programme.

Mr Zaidi and the two other presenters of Zara Hut Kay, Wusatullah Khan and Zarrar Khuhro, were given show cause notices by Pemra for making comments on a reference pending before the Supreme Judicial Council (SJC) against Justice Shaukat Aziz Siddiqui of the Islamabad High Court (IHC) during an episode of the programme on March 9.

Pemra had issued the notice on March 10, asking the channel to explain its position and appear before a committee tasked with hearing the case.

The show cause notice pointed out that discussing a matter pending before the SJC was a violation of section 20 (c) of Pemra Ordinance 2002, Rule 15(1) of Pemra Rules 2009 and clauses 3 (1-j), 4(3) of Electronic Media (Programmes and Advertisements) Code of Conduct 2015.

In his submissions to the court, Mubashir Zaidi said neither he nor any of his two colleagues intended to slander or show contempt for the judiciary in the programme, Zara Hut Kay.