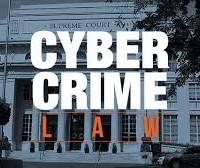 ISLAMABAD: The Islamabad High Court (IHC) directed the authorities concerned on Friday to include sections related to blasphemy and pornography in the Cyber Crimes Act.

Justice Shaukat Aziz Siddiqui noted that two important aspects – blasphemy and pornography – have not specifically been mentioned in the Prevention of Electronic Crimes Act, 2016.

He subsequently directed the Advocate General Islamabad, Mian Abdul Rauf, to complete legal requirements in this regard.

The AG submitted that the Ministry of Interior would take initiative to put this aspect in process for bringing amendments concerning inclusion of these two aspects in the act.

Justice Siddiqui ordered the Federal Investigation Agency (FIA) to enquire about the NGOs operating with the “agenda to spread blasphemous contents and promote pornography, and also working against the ideology and integrity of Pakistan”.

The court ordered the FIA director-general to appear in person on the next hearing along with the report in this regard.

Moreover, the court directed the FIA to speed up the efforts to identify real culprits and if necessary try to enlist the assistance of an intelligence agency — the Inter-Services Intelligence (ISI). The court also directed the AG to ensure the presence of some high-ranking officials from the office of the agency.

The court also issued a notice to the attorney general of Pakistan in order to examine the issue of false accusation of blasphemy and its consequences.

The directions were issued while hearing a petition seeking removal of blasphemous contents from social media.

Rauf informed the court that blasphemy is already an offence in the Pakistan Penal Code so there was no need to include it in the Cyber Crime Act. Nonetheless, the court directed to initiate legal process for the inclusion of the sections in the Cyber Crimes Act.

Meanwhile, the FIA director-general apprised the court that the agency was investigating around 75 persons in connection with blasphemy case and the FIA was also in consultation with a lawyer to take to the International Court of Justice (ICJ). He linked progress in the case with an active cooperation of the Facebook management.

Justice Siddiqui, however, expressed dissatisfaction over the progress report and remarked that the investigation agency has yet to identify the real culprits. He then directed to include official of the intelligence agency in the case.

During the hearing, Pemra Chairman Absar Alam, while replying to a query of the court regarding airing of obscene contents on television channels, admitted indecency in some TV shows.

Alam maintained that Pemra has stopped broadcast of Indian movies and dramas, and also issued directions against airing of programmes that promoted violence.

Also, an official of the Ministry of Interior informed the court about the steps taken by the ministry to publicise Article 19 of the Constitution which ensures freedom of information with reasonable restrictions.

The case would now be taken up on March 22.