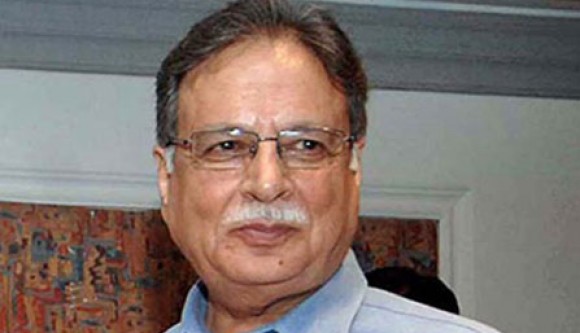 ISLAMABAD: Federal Minister for Information and Broadcasting Senator Pervaiz Rashid on Monday said that the Pakistan Electronic Media Regulatory Authority (Pemra) had issued notices to cable operators to ensure smooth and unchanged transmission of TV channels within 15 days in line with the Supreme Court’s order.

If the cable operators did not follow the rules, the minister cautioned, their licences would be cancelled by the Pemra.Talking to media persons after attending a meeting of the Senate Standing Committee on Information and Broadcasting here at the Parliament House, Pervaiz Rashid made it clear that the cable operators had no right whatsoever to make adjustment of channels on cable network for it was purely the discretion and choice of viewers to decide which channel they wanted to watch.

About the fines imposed by Pemra on different television channels, the minister pointed out that Geo was the only channel out of 22 that had not only accepted the penalty but also paid the fine whereas the rest had approached courts and got stay on the matter.

The minister spoke highly of Geo and maintained the other TV channels should also implement the Pemra decisions as implemented by Geo, adding that other channels hired lawyers on hefty packages but did not bother to pay fines which were less than that money.

The information minister asked the Pakistan Tehreek-e-Insaf (PTI) Chairman Imran Khan to wage a struggle in parliament for the change he had been talking about instead of taking to the streets for politics of agitation.

The minister said there was a rule of law and supremacy of the Constitution in Pakistan and Imran should come to parliament for pushing for any change in Pakistan.He made it clear that the government had no role whatsoever in the last year’s general elections and claimed these were held in a free and transparent manner.

The minister, while replying to a question about the problems being faced by the internally displaced persons (IDPs) from the North Waziristan Agency (NWA), conceded that a home-like environment and comfort could not be provided to the displaced persons but the government was taking maximum steps to lessen their difficulties.

Pervaiz Rashid said that after suffering for three or four months, the masses would be ridden of the menace of terrorism once and for all. About reports of differences in the government circles on some issues, the minister said that the government had showed good performance and the media hence could not unearth a scandal to highlight it. He added that was why some media houses were trying to come up with concocted stories about the government and ministers.

He said the Centre had taken measures for the well-being of IDPs and it was because of this, Imran was able to have an access to them during his visit to Bannu the other day.Asked for his comment on the implementation of the new code of conduct for the media, the minister said that the draft was ready but it would be implemented after the Pakistan Broadcasting Association’s board accorded approval to it by Wednesday.

Earlier, the Senate committee under its chairman Kamil Ali Agha, asked for the implementation of the new code within a week and sought a report in this connection in the next meetingAPP adds: Meanwhile, talking to a private TV channel, Information Minister Pervaiz Rashid said that the Pakistan Muslim League-Nawaz (PML-N) government believes in the freedom of expression and is against imposing any curbs on the media.

He assured that the transmission of not a single channel would be impeded.He said a strong and independent media helped strengthen democracy. The media should avoid levelling allegations against anyone without evidence and investigations, he added.

Regarding the attack on journalist Hamid Mir, the minister said, “I had categorically stated in live transmission with Saleem Safi that Geo TV should not criticise or blame any individual or institution for the deadly attack on its anchor.” Geo had paid the fine, which meant that it had accepted its mistake, he added.

To a question, he said the government had launched several mega projects in various sectors and initiated the Prime Minister’s Youth Scheme for poverty alleviation.Senator Pervaiz Rashid said the operation against terrorists in the NWA was launched after the option of dialogue was fully exhausted. The economic conditions in the country had also improved and any fallout of the operation would not affect the economy, he asserted.

The government’s strategy, first the dialogue process and then the operation against the Taliban, had worked and helped reduce the terrorist activities in the country, he added.The minister said the Pakistan Army was successfully conducting an operation in the NWA, which would continue till the elimination of the last terrorist from the area.

He said the IDPs would be sent to their homes and rehabilitated after the completion of the operation. The government and the Pakistan Army were providing food, shelter, health facilities and clean drinking water to the IDPs, he added.