Home » Featured » We need to survive the digital age 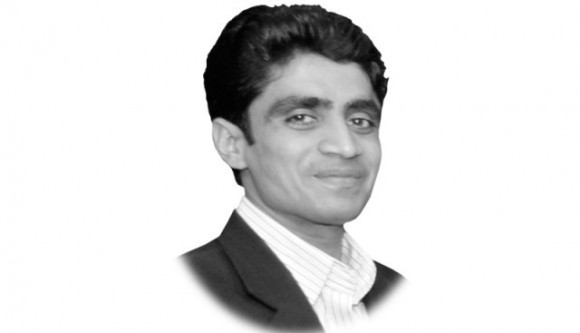 In the United States, everyone — from a school girl to Lady Gaga, from a young boy to President Barack Obama — posts stories from their lives on social media outlets. Even the Central Intelligence Agency, one of the world’s top spy agencies, got itself a Twitter account recently.

But Pakistanis can only dream about such freedom on the internet. YouTube has already been blocked in the country. Meanwhile, Pakistan Telecommunication Authority writes to the Twitter management to get various kinds of content blocked. A censorship watchdog site reports that in May, Twitter used its Country Withheld Content tool in Pakistan for the first time, blocking certain accounts and tweets.

Twitter, Facebook, YouTube and Skype have electrified journalism’s social engine across the globe. They have become a vital source for gathering information. I can understand Pakistan’s concerns about cyber warfare, sectarian violence and militancy. But these measures are curbing democratic values.

Indiana University’s latest survey suggested that around 80 per cent of Americans use social media for getting news in the US. But Pakistan seeks to put bars on the use of this medium as it seems unable to control the flow of controversial information. Indeed, some anti-state elements were floating blasphemous content which has sparked violence in the country. But why can’t Pakistan make laws to deal with controversial material flowing on social sites rather than just curbing press freedom?

Whatever the dilemma of our digital age is, social media has helped me file stories on the issues relating to Pakistan while sitting in Missouri. For instance, one could access live updates on Twitter and Facebook about the attack on the Karachi airport. I was updated through the social media about recent honour killings in Pakistan which helped me file stories for The Star. I was able to find many viewpoints, ranging from top Pakistani politician Imran Khan, to eyewitnesses to these incidents.

Every news media is obsessed with the latest information. Yes, there is no second choice for survival in this digital age except to grab on to social media as new reporting tools. Our job, however, is to verify the information we grab. Long live social media!