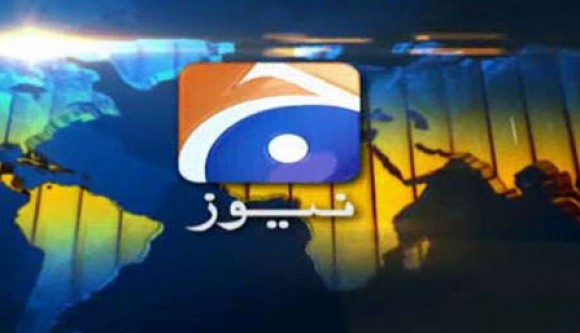 ISLAMABAD: Pakistan’s number one channel Geo News and other channels of the Geo family have been forcibly shut down across the country. This is the third time this has happened during three different governments.

People are deeply upset as they are not able to watch their favourite and popular channels, Geo News, Geo Entertainment, Geo Tez and Geo Kahani in 90 percent of the country. Geo News and the group’s other channels were also forcibly shut down during the previous two regimes.

All these channels were being disrupted for the last 30 days and in a majority of the areas, the position of the channels was changed and shifted to the last few numbers (mostly above 80) on the cable networks. A vast majority of viewers are unable to watch any channel at a number beyond 45 or 50 because of the limited channel capacity of their TV sets.

During the last 10 days, Geo News was off air in more than 70 percent of Pakistan but what proves Geo as the most favourite channel of the nation is the fact that despite this massive countrywide blackout of the channel, Geo News remained the number one channel according to the official data of independent auditors. This was despite the fact that the organisation and its employees were being termed as ‘Ghaddars’ (traitors).

It was being accused of doing wrong, making big mistakes, and was termed a channel of ‘thieves and dacoits’, a channel of those who work on anti-Pakistan agendas. Despite the propaganda, the people of Pakistan gave their verdict in favour of Geo News, which was a referendum of sorts in its favour.

Meanwhile, people are being fed with one-sided allegations on other TV channels without presenting the viewpoint of Geo.Geo News has suffered losses of around Rs1 billion since April 19, the day when miscreants attacked the channel’s lead anchorperson Hamid Mir in Karachi. Geo has already suffered losses of Rs6.5 billion during a previous regime only because of its efforts to get democracy restored.

Geo was the leader of the Pakistani media which fought and defeated unconstitutional forces and the people of Pakistan today not only enjoy the fruits of democracy but also free, independent and impartial institutions because of these great sacrifices rendered, among others, by Geo and the Jang Group and its staff.

Not only did Geo News maintain its position and the number one news channel of the country according to three different independent auditors, but its entertainment channels are also at number one in their category. This continuous and top position of Geo is because of the channel’s policy under which it tries its best to give complete independence to its professionals and workers and because of the following of basic principles of professionalism and strict adherence to media ethics.There is no channel in the country which has sacrificed this much while fighting and defending Pakistanis’ right to know and access to information.

The management of Geo has been consistently complaining and five complaints have so far been registered by the channel management with Pemra. However, Pemra and the government have either deliberately engineered a complete shutdown of Geo through the cable operators or are mysteriously silent and haven’t even initiated any legal action in accordance with Pemra law and rules against the cable operators who have illegally and unconstitutionally put the channel off air on the orders of hidden hands.

Geo has, however, collected a large amount of evidence and has recorded thousands of testimonies of citizens of Pakistan residing in all parts of the country in more than 30 towns and cities revealing how and when Geo News and other Geo channels were put off air from their areas. Cable operators have also recorded their testimonies giving details as to who was ordering them to put Geo off air by using direct or indirect threats. In some cases, the phone numbers used to order the shutdown of Geo are also available.

The most interesting point of the whole story is that these cable operators clearly stated that they were not being pressurised to shut Geo down because of a recent morning show hosted by Shaista Lodhi after which Geo and the Jang Group have tendered unconditional apologies. Rather, this pressure was coming from different forces, which also include banned organisations, terrorist groups and some extremist organisations. Geo and the Jang Group will present this whole record and evidence before the nation at some appropriate time.

One member of a cable operators’ organisation, Khalid Arain, is playing major role in this shutdown of Geo. Arain is known for his close terms and business relations with a known media group owner and also runs this media owners’ front cable company. This media house owner is running a baseless campaign against the Geo/Jang Group because of vested interests and is being used by the ‘angels’. Arain has a history of acting against Geo and had played a key role in disrupting the Geo Super signal during the transmission of the 2011 Cricket World Cup and putting Pakistan’s first sports channel off air later illegally in contemptuous disregard and violation of Supreme Court orders.

According to some senior people of the cable industry, Khalid Arain has a mysterious character and is known for taking contracts in return for money to inflict losses on professional media institutions. According to senior people in the cable industry, owners of some media groups who have started their media business to gain more and more influence, use him for this purpose because of his influence on cable operators across the country. Khalid Arain, however, always denies these allegations and has taken an oath on the Holy Quran that he never remained involved in this activity.

Journalists belonging to the Geo/Jang Group are extremely upset and anxious because of the ongoing situation as the group has already announced the downsizing of working journalists because of the great financial burden the group is facing. It has suffered severe losses in the last two regimes because of doing independent journalism. Workers, journalists are also gearing up for big protests against the present government and hidden forces.

Top journalist and victim of the horrible April 19 attack Hamid Mir has also given a call to all journalists to get united. The foreign media and independent journalists organisations have also shown great concerns over the situation in Pakistan and are in touch with Pakistani journalists and media workers to fight a joint war against the forces of oppression.