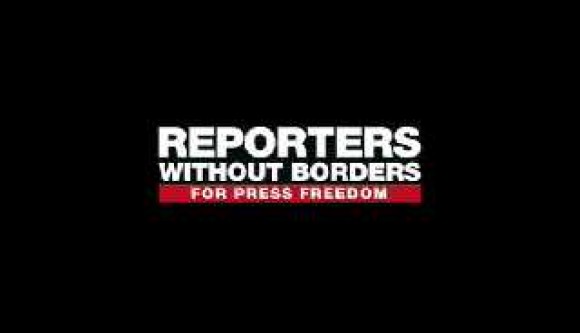 The order was rapidly disowned by PEMRA in a press release that said it was issued following a meeting yesterday of only five PEMRA members that did not comply with Rule 3(4) of PEMRA Rules 2009, under which at least seven of PEMRA’s 12 members must attend a meeting for it to be validly convened.

The release added that the decision that PEMRA took at an earlier, valid meeting on 9 May to “refer the [Geo Television] case to the Ministry of Law for legal opinion” was therefore still in effect.

The case was referred to PEMRA last month by defence minister Khawaja Muhammad Asif, who was seeking legal redress against Geo News for reporting allegations that Pakistan’s intelligence agencies were behind a shooting attack on Geo News anchor Hamid Mir in Karachi on 19 April.

“The hasty decision by three PEMRA members that was immediately disowned is indicative of a desire by certain government representatives to use any means, including illegal ones, to ban Geo News from broadcasting,” said Benjamin Ismaïl, the head of the head of the Reporters Without Borders Asia-Pacific desk.

“We urge PEMRA not to yield to pressure from the intelligence agencies and the defence ministry, and to ensure that the law protects freedom of information.”

Mir has been the target of repeated threats, intimidation and prosecution as a result of his coverage of the activities of Inter-Services Intelligence (ISI), Pakistan’s leading intelligence agency, in the southwestern province of Baluchistan.

He shared his fears with Reporters Without Borders and his brother, Amir Mir, saying that if he was the target of any attack, “the ISI and its chief, Lt. Gen. Zaheerul Islam, should be held responsible.”

After Mir’s brother repeated Mir’s statements on Geo News in the wake of the 19 April attack, the TV station was accused of broadcasting unpatriotic accusations and was the target of smear campaign in the following weeks.

The climate for employees of the Jang/Geo media group has deteriorated dramatically, with journalists working for Geo News and the newspaper Jang receiving repeated threats, including death threats.

A note left at the Jang printing press on 5 May accused Jang and Geo News employees of being “anti-Pakistan, anti-Islam, anti-Army” and threatened Jang with “serious consequences” if it did not close its Peshawar offices. Employees were also told to “quit and leave the traitor group immediately.”

The Sunni Ittehad Council, an Islamic political party, announced on 15 May that it regarded Geo News as “haram” (forbidden) and called for its prohibition for broadcasting “blasphemous” content.