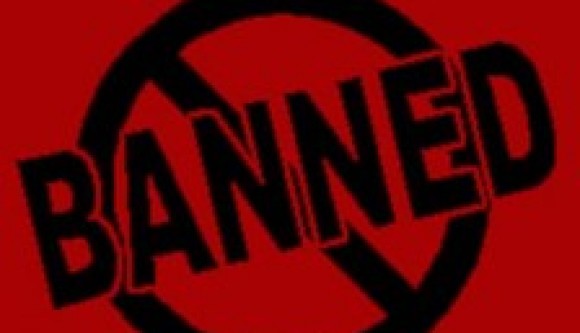 Even though Pakistan has enjoyed one full term of a democratically elected government, followed by a successful election last year, its citizens are struggling to fully enjoy one of the basic tenets of democracy – the freedom of expression.

The Pakistani state has been in regulation mode since the former PPP government banned Youtube after the movie ‘Innocence of Muslims’ sparked outrage and protests across the Muslim world. Even with a change of guard at the Centre, the video-sharing site has remained blocked till this day. The Pakistan government is currently in talks with Google over localising YouTube in the country, hence aiming to formalise a regulatory mechanism to ban material it deems unfit. In May last year, a Pakistani band released a satirical song on the video sharing site Vimeo criticising military generals which went viral. This in turn led the authorities to block the site in Pakistan. Last year, reports also emerged of restricted access to Tumblr in regions of Balochistan and Sindh and a ban on Viber in Karachi, Hyderabad and Rawalpindi. Even the popular Internet Movie Database faced a temporary ban in November after a directive from the government. The same month, the government also banned the online short film, ‘The Line of Freedom’ by American filmmaker David Whitney, that criticized the Pakistan army for human rights atrocities in Balochistan. The government employed focused censorship by specifically targeting pages with discussions, reviews and information associated with the film.

In addition to this, the Pakistan government is preparing to acquire net regulation technology to effectively monitor content on cyberspace. Last month, the Pakistan Telecommunication Authority submitted a proposal to the Ministry of Information Technology to import the tech from China. Last year in May, the Canada based think tank Citizen Lab released a report which indicated the Pakistan government bought net surveillance technology from the Canadian firm Netsweeper. According to the report, the technology has been installed on the Pakistan Telecommunication Company Ltd network, the country’s largest telecom network for “political and social filtering, including websites related to human rights, sensitive religious topics, and independent media.” The report also alleged that ISP’s in the country were resorting to DNS tampering to block websites.

This is a dire situation for the netizen community of Pakistan. The social media has created a niche for itself in many spheres including communications, economics, activism, and education. Across the world, it has expanded the public sphere, liberating voiceless masses in many countries. It has offered a platform and medium for citizens to engage with democratic and societal narratives, clashing with mainstream ideas to negotiate and re-negotiate public opinion on a range of issues.

For those like myself who yearn for India-Pakistan brotherhood, the free social media is essential for one side to understand the other. No filtration, no packaging, the constant sharing and exchange of information and opinion is key to building bridges after decades of jingoism and propaganda. I have learnt so much about Pakistan from my friends across the LoC through the social media which has led me to believe that it is our destiny to be strong, cooperative neighbours. While Facebook and Twitter are still untouched, curtailing content on those platforms would be a serious blow to that vision.

The Pakistani government must cease to make the mistake of testing the sanctity of Islam and nationhood against the opinions of citizens. God and the freedom to express are equally sacred as they are both chapters of a universal humanist doctrine. For the nation to fully shed its dictatorial past, it cannot negotiate with the freedom to express and most importantly the freedom to disagree. It is essential not just to protect an ideal, but to preserve and embolden the conscience of the citizenry.