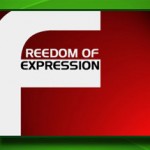 Karachi: A correspondent of a Pakistani newspaper was arrested by security agencies in North Waziristan near Pak-Afghan border.

The security forces detained Nasrum Minallah, correspondent of Express Tribune, along with his father, also a reporter, and four other journalists at Kajori check post in North Waziristan Agency (NWA) near Pak-Afghan border, at about 03:00PM on 31st March 2015.

Later, the father of Nasrum Minallah, and four other detained journalists were released.

Talking to PPF Haji Pazir Gul, the father of Nasrum Minallah, who himself is the correspondent of Daily Dawn newspaper, said that he was going along with his son Nasrum Minallah and four other journalists for the coverage of internally displaced persons (IDPs). However, at Kajori check post, security forces stopped them and asked them to prove their identity.

He said that after confirming their identification, the security forces let them go, but 4 to 5 kilometers ahead they were again intercepted by the security force personnel, who took them to some unknown place and detained them for about 10 hours. He said they kept his son Nasrum Minallah in other room and did not release him. He said he does not know why his son was detained.

The detention of Nasrum Minallah is also being condemned by the journalist community in Pakistan.

At Bannu Press Club in Khyber-Pakhtunkhuwa Province, local journalists addressed held a meeting and passed a resolution unanimously, demanding the government and security forces to release the detained reporter. They warned of more protests movement if the reporter is not released.