Home » Featured » Challenges to media despite its phenomenal growth highlighted 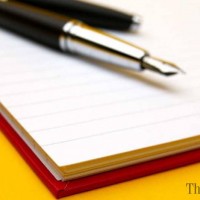 Though mass media was flourishing in Pakistan the country was still among most unsafe states for journalists to work in.

Denmark’s Ambassador to Pakistan Jesper Mollar Sorensen made these remarks while presiding over the inaugural session of the 2nd ‘Transforming Youth Media Summit’ on Saturday.

The envoy said that some 110 journalists had lost their lives in the line of duty in Pakistan in the last 10 years, meaning that almost one journalist was losing his life every month while 11 journalists were being killed every year.

He said the sorry state of affairs for media personnel was persisting despite the situation that mass media scene of the country had witnessed a phenomenal growth in over the last 10 years.

Sorensen said that during the decade the number of TV channels had grown to 100 from merely one, the number of FM radio stations had increased to 150 from a single one, while almost 2,000 newspapers were being printed in the country in 11 languages.

The diplomat added that given the risks and problems being faced by journalists in the country, the government of Denmark had recently launched a media support programme in Pakistan in collaboration with the non-government sector at a cost of $2.8 million while the total assistance of Denmark to the country stood at $50 million.

Sorensen said the Denmark’s media support programme would be utilised for strengthening the role of Pakistani media in support of a democratic and pluralistic society and a publicly accountable and representative system of governance in the country. “The two-year assistance programme would also be helpful for proposing and adopting a consensus code of ethics for the entire Pakistani media while it would be used for improving skills and safety of journalists working at district and local levels especially for regional languages’ media.”

The ambassador noted that in the past decade, the emergence of a vibrant media scene in Pakistan had played a crucial role in evolving socioeconomic and political discourse for the larger benefit of society and public. But, he maintained, media workers, especially those employed in the provinces, were often untrained and underpaid. “In addition to these challenges, threats and violent attacks against journalists continued in Pakistan.”

Sorensen noted that Pakistani youth and media combining together would become a highly influential force, which could be used for bringing improvement to society and public affairs to a great extent.

He said the Danish government would also provide support to improve working conditions, provision of due privileges, safety and security to the media personnel in Pakistan while the media of the country should also be equally supportive to strengthening the democratic order.

Also speaking on the occasion, former information minister Javed Jabbar said the media commission appointed by the Supreme Court of Pakistan some years back had given some 40 proposals for improving and upgrading the functioning of the mass media in the country.

He said one of the important proposals was that the ministries of information and information technology should be merged together, besides the proposed merging of the Pakistan Electronic Media Regulatory Authority (Pemra) with the Pakistan Telecommunication Authority (PTA) for proper regulation of the mainstream, conventional, modern and technologically advanced mass media.

He told the audience that the information ministry had expressed its willingness to accept the majority of the proposals given by the media commission.

Jabbar said that no doubt the media scene of Pakistan had flourished but the progress was not much public-friendly as at present there was no genuine public interest broadcaster in the country, which could be completely free of government’s interference. “While also at the same time such ideal media outlet should not be fully dependent upon advertisements for its financing needs.”

The former minister said that there was need to change the revenue model of Pakistani private TV channels as they were fully dependent upon revenue generation through advertisements while fee paid by the subscribers was pocketed by cable operators and no share of it was given to private TV channels.

Noted TV artist Durdana Butt viewed that there could be no democracy in the country without responsibility, and urged the private TV channels to show more responsibility in their conduct and content while covering public interest matters.