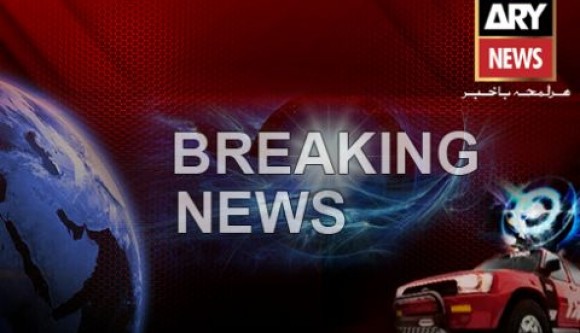 On the orders of Supreme Court of Pakistan, police registered a case on August 26, 2013 under the Anti-Terrorist Act of 1997 of the constitution against Salman Iqbal, the chief executive of leading television channel ARY News, Owais Tohid, Executive Director, Shahid Hameed Rind, Quetta bureau chief and Sabir Shakir, Islamabad bureau chief of the same organisation over the broadcast of a video showing the bombing of the national monument by a separatist group in the restive province of Balochistan.

The provincial information department of Balochistan alleged in the case that ARY News ran objectionable video clips in its current affairs programme on Aug 13, about the destruction of Quaid Azam Residency in Ziarat district following an attack in June by a separatist group.

Chief Justice of the Supreme Couryt of Pakistan Iftikhar Mohammad Chaudhry had taken notice of the video and asked Pemra to inform him about action taken against the channel.

BUJ and other media networks called for withdrawal of the case. The BUJ has decided to stage a demonstration in front of the Balochistan Assembly on August 27. Karachi Union of Journalists (KUJ) also announced the protest in front of Karachi Press Club same day.