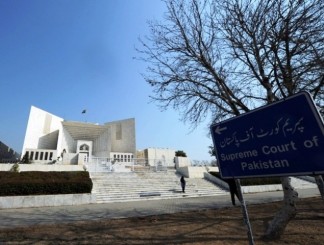 The Supreme Court of Pakistan on August 23, 2013 directed The government to submit a comprehensive report of making the procedure of controlling the live transmissions of television channels.

Chief Justice of Pakistan Iftikhar Muhammad Chaudhry had taken suo moto notice of the case regarding Islamabad firing incident of August 15 where a person opened fire in the heavily policed heart of Islamabad after passing the capital’s many checkpoints. He was later shot and seriously wounded by police during a 5-hour long dramatic standoff which was shown live on television channels.

The chief justice asked the authorities why all television stations showed live coverage of the incident and no one contacted Pakistan Electronic Media Regulatory Authority (Pemra). He said steps were not taken to control media and pemra chairman appeared helpless during the entire episode. He said TV channels were bound to abide by directives issued by Pemra.

Zulfiqar Malooka, counsel for Pemra while appearing before the court submitted that Pemra chairman had telephoned the TV channels to stop the live transmission but they did not implement the directive. He said that they wanted to take action against the channels for not complying with the order, but Article 19-A of Constitution became hurdles in that regard.

However, the district magistrate admitted in court that no contact was made with the media to stop live coverage of the incident.

Finally, the chief justice observed that there should not be live coverage of the events, which encourage the terrorists and spread fear among the masses.

Meanwhile, the court adjourned the hearing till September 5.

The Pakistan Federal Union of Journalists (PFUJ) President Pervaiz Shaukat and General Secretary Amin Yusuf said in the annual general council of the Karachi Union of Journalists (KUJ) on August 24 that they would oppose any move to put curbs on TV channels. KUJ President G. M. Jamali and General Secretary Fahim Siddiqui condemned the restrictions imposed by the SC on media and announced that KUJ has passed the resolution in the general council meeting stated “The KUJ will resist attempts by the government, the Pemra or from any other quarter to impose any restraint on electronic media.”