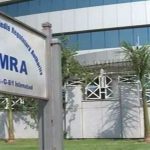 ISLAMABAD: The electronic media regulator on Saturday issued show-cause notices to 14 news TV channels for what it believes violating its earlier advisory according to which they should not hold discussion about the reference filed against two senior judges with the Supreme Judicial Council (SJC).

In a statement issued on Saturday, Pemra directed the news channels to ensure that orders issued by the Supreme Court and the SJC as well as its advisories were followed and warned against further such violations. These channels were directed to submit their written reply by June 11.

On Friday, Pemra issued a directive, barring all news channels from airing news, discussion or analysis on the issue except the news of the reference that the government filed against the judges for allegedly owning undeclared properties abroad.

Pemra warned that in case of non-compliance, action would be taken as per the Pemra Ordinance 2002.

Pemra had cited a July 2018 judgement of the Supreme Court in which directives were issued to media that no media discussion, articles or editorials would be written or published and no public comments would be made on the proceedings of the SJC and only the case proceedings would be reported.

Pemra had also stated that the Supreme Court prohibited discussions on sub judice matters through a suo motu case in September 2018.