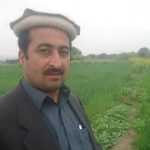 Gohar Wazir, a reporter of Khyber News television channel who arrested for interviewing Mohsin Dawar, leader of Pashtun Tahafuz Movement (PTM) a ethnic movement for Pashtun human rights was released on May 29.

On May 26, ten PTM activists were killed while 15 others, including five soldiers sustained injuries in the crossfire in the Boyya area at the Kharqamar during a protest led by PTM leaders Dawar and Ali Wazir.

The journalist was arrested along with 22 other activists in Bannu, Khyber Pakhtunkhwa (KPK) on May 27, 2019. However, he was later released on May 29, after confirming that he was a journalist working covering the protest and was not himself a protester.  On May 29, Shaukat Yousufzai, Information Minister of KPK announced during a press conference that Wazir has been released and added that he was also chanting slogans during the rally of PTM.

According to the Deputy Commissioner, Bannu Atta ur Rehman,  the journalist and other protesters were charged under the Maintenance of Public Order Ordinance and sent to jail in Haripur

The Pakistan Federal Union of Journalists (PFUJ) President Afzal Butt and Secretary-General Ayub Jan Sarhandi, in a joint statement condemned the arrest of Wazir and warned the government that they would not tolerate the restrictions on the press at any cost.

The Khyber Union of Journalists (KhUJ) President Fida Khattak and General-Secretary Muhammad Naeem also condemned the arrest of a reporter and called for the immediate release of Wazir else they would stage protest.

Pakhtun Journalists Association (PJA) President Tahir Khan and General Secretary Gohar Mehsud in their joint statement, “termed the arrest of Wazir an attack on journalism and asked the Information Minister Mr. Yousafzai to intervene into the matter and must assure the earliest release of Wazir.”