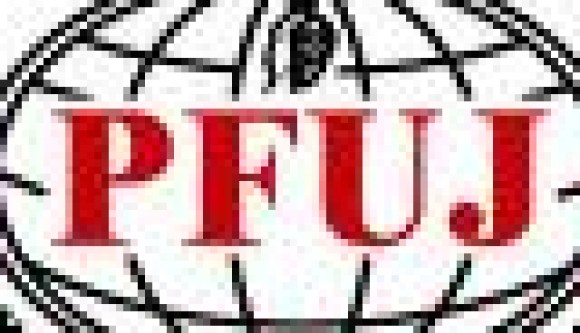 This report is presented by the following organizations on behalf of the civil society of
Pakistan:

While illegal radio stations run by the local Taliban continued to operate with impunity and the shops selling Music and films were blown with bombs, the legal and open media faced press advices, threats and closures. Pakistan Electronic Media Regulatory Authority Ordinance 2002 was amended via ordinance LXV of 2007, on the November 3rd to suppress to dissenting voices and facilitate the onslaught of emergency.

According to the Pakistan Federal Union of Journalists 13, during 2007 the government agencies pressurized the media through new laws and threats. Houses of media personnel were attacked, raided by the police and security agencies using two ordinances against the media after the promulgation of state of emergency in the country. Pakistan’s mainstream private television news channels remained under ‘official scrutiny’ and several received ‘Press advices’ throughout the year, even before the closure of around 45 TV channels, mainly news channels on November 3, 2007.

Beside attacks on journalists, their families were subjected to violence and intimidation. Brothers of two journalists were killed, one reportedly by a non-state actor, another by an unidentified person, the families had to migrate, while dozens in different parts of the country were forced to relinquish the profession.

Curbs on media must be removed and freedom of expression must be ensured, amendments to PERMA Ordinance be withdrawn and laws regulating press be brought in conformity with human rights.