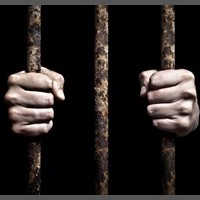 On March 16, 2016, the murderer of journalist Ayub Khattak was awarded life imprisonment with 5 million rupees (US $ 50,000) by District and Sessions Judge in Karak, a district of Khyber Pakhtunkhwa province of Pakistan. This marks only the fourth conviction for the murder of a journalist out of 49 journalists that have been murdered since 2001.

Khattak, a reporter of newspaper “Karak Times” was shot dead outside his home on 11 October, 2013 for publishing news against the drug mafia in the district.

Mukhtiar Khan, brother of slain journalist accused that Aminullah and Khoob Niaz had shot Khattak because the killer was involved in drug business and was unhappy with the story of Khattak. He had earlier given death threats to the journalist.

The judge ruled after considering evidences against the accused.
However, Niaz was acquitted due to lack of evidence.

Khan and the son of slain journalist expressed their dissatisfaction over the ruling of court. They said they would challenge the verdict in the High Court because they believe the accused should get the death sentence.