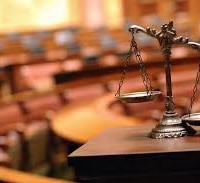 KARAK: The district and sessions judge here on Wednesday convicted a man for killing a senior journalist and sentenced him to life imprisonment with a fine of Rs500,000.

The judge Syed Kamal Hussain Shah, however, acquitted a co-accused, Khoob Niaz, who is brother of the convict Aminullah, due to lack of evidence.

The judge ruled that the prosecution had proved its case against Aminullah and the evidence on record was enough for his conviction.

As per the police report, the complainant Mukhtiar, brother of the deceased journalist, Ayub Khattak, had claimed that brothers, Aminullah and Khoob Niaz, had shot dead Khattak after he reported a story regarding drug smuggling in the district.

During trial of the case, the complainant’s lawyer submitted that the local journalist had reported a story regarding the activities of the accused persons in the area, which had annoyed them. He said prior to his killing, the accused persons had given him life threats. The counsel had demanded capital punishment for the convict.

As per the police report, said the counsel, both the accused shod dead the journalist when he came out of his house in Takht-i-Nusrati area on Oct 11, 2013.

Meanwhile, the brother of deceased journalist showed dissatisfaction over the court’s decision, and said that the judgment would be challenged in the Peshawar High Court. He said the convict should have been given death sentence.