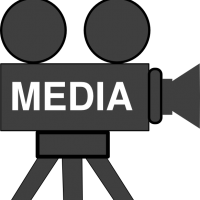 PESHAWAR: Media Matters for Democracy, an NGO, has planned to launch digital solution net ‘Muhafiz’ for media safety to avert possible life threats to journalists across the country.

Sharing details with mediapersons at Peshawar Press Club (PPC) on Thursday, the NGO’s executive director Asad Baig said that about 111 mediapersons had been killed in parts of the country so far and 74 of them were targeted in the line of duty.

He said that in most of the cases the victims had not shared information about life threats with anyone.

“In 70 cases no one has been nominated and data is not available in this regard,” he said. Flanked by PPC president Syed Bukhar Shah, Mr Baig said that the pilot project of the net would be launched in Khyber Pakhtunkhwa in January 2016.

He said that‘Muhafiz’ was a Unesco-funded project which was initiated in collaboration with the National Press Club, Islamabad, and PPC to impart training to the media workers about digital solution to media safety.

The initiative, he said, was meant to introduce an easy, effective and secure way to document threats, threat actors and trends affecting media safety in the country.

During the training sessions, he said media workers would be sensitised to keep close liaison with respective bodies of journalists, local police and media houses through SOS messages.