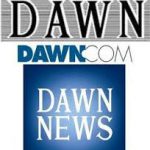 ISLAMABAD: The All Pakistan Newspapers Society (APNS) has expressed its dismay over the ban imposed by the federal government on advertisements to the Dawn Media Group.

The APNS, in a press statement issued on Tuesday, condemned strongly the use of government advertising as a lever to force the media to act as per their dictation which is tantamount to a significant and undesirable curb on the freedom of press.

The APNS noted that such actions aim to strangulate the dissenting voices, and are unconstitutional as well as a gross violation of democratic norms. This policy pursued earlier by dictatorial regimes is contrary to Article 19 enshrined in the Constitution of Pakistan which guarantees the Freedom of Press.

The APNS recalled that Prime Minister Imran Khan in a meeting with the APNS held October last had assured the press in clear terms that his government would protect and safeguard the Freedom of Press in contrast to certain quarters in government which are consistently pursuing a policy to control the press by arm-twisting actions through the use of government advertising as a lever to silence differing opinions.

The APNS requested the prime minister to advise the Ministry of Information to immediately lift the ban on government advertising to the Dawn Media Group.

Business Recorder: PBA condemns use of government advertising as a tool to influence media