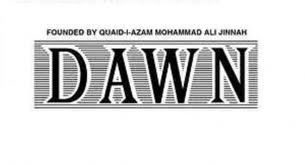 LAHORE: A joint report prepared for the UN Human Rights Council by various NGOs about the human rights situation during the past four years and a half has stated that the killing of 49 journalists during the period has made Pakistan with highest fatalities of journalists in the world. They include 20 in 2010 and 12 in 2011. During the last decade about 70 journalists were killed while a number of journalists received threat to their life.

The UN Human Rights Council session begins at Geneva on Oct 30 which will discuss the report. The NGOs, which prepared the report entitled “Stakeholders report for universal periodic review, 2012”, were led by South Asia Partnership-Pakistan.

SAP-Pakistan Director Mohammad Tahseen explains in his note to the report that the universal periodic review (UPR), a new human rights mechanism, was established by the UN General Assembly in March 2006 and through it UN Human Rights Council reviews in periodic basis the review report of 193 UN member countries.

The UPR has a wide range and covers almost all aspects of human rights like security of citizens, women’s rights, freedom of expression, freedom of religion and belief, religion and caste-based discrimination, children’s rights, HR conditions in tribal areas, abuses by national security forces, right to education, right to health, education and sanitation facilities to women in rural areas, rights of labour, human rights of IDPs etc.

Referring to freedom of expression the report points out that the government tried to curtail it by issuing various ordinances and regulations.

The report recommended to the government to investigate all cases of violence against journalists and prosecute the elements for such acts.

It said that though 70 journalists were killed during the first decade of the present century no perpetrators were brought to justice with the exception of one case.

It further demanded a complete security to journalists, especially in conflict zones, serious action on complaints of threats to journalists and repealing the laws restricting freedom of information.

Women’s rights: The report points out that there was 13 per cent increase in crimes against women since 2008.

They include sexual and domestic violence, acid throwing, honour killing and rape. Over 2,000 women were killed in the name of honour from 2008 to the end of 2010.

During first nine months of 2011 as many as 675 women were killed in the name of honour and they included 17 below the age of 18.

The report recommended adoption of laws against domestic violence applicable to whole of Pakistan and other pending laws for the protection of women’s rights. It said that burn units for treatment of women victims should be established at the district level.

It also suggested that the scope of the definition of sexual violence should be broadened in Pakistans statute as rape is not the only form of sexual abuse.

Organized attacks against religious minorities in Gojra, Kasur and Sialkot caused great loss of lives and properties. At least 116 Ahmadis were killed because of their faith during the period under review.

The report demanded repeal or amendment in the blasphemy laws and removal of religious discrimination in the Constitution, laws and government policies in the education sector, jail laws and media.

It also recommended actions against persons engaging in hate crimes against religious minorities.