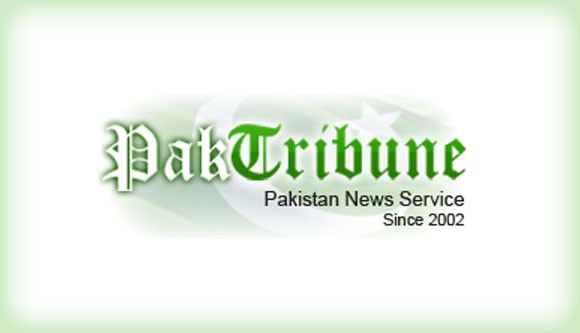 LAHORE: Journalists have spoken out strongly since the Taliban attempted to kill Malala Yousufzai on October 9. The Taliban, in return, are threatening the media over their coverage, according to journalists and news reports, The Committee to Protect Journalists (CPJ) has reported.

“Media houses, TV anchors and some well-known journalists are under serious threat,” one of our colleagues messaged. “I understand that some intelligence reports had also intercepted telephone calls to them. The threats are coming in Swat, Peshawar, Islamabad, Lahore, and Karachi. The situation got worst after media coverage of Malala Yousufzai’s case which made the extremists quite angry.”

On The New Yorker website, Ahmed Rashid, who is on CPJ’s board of directors and is no stranger to threat, wrote from Lahore, “Can Malala bring peace to Pakistan and Afghanistan?” Rashid calls on the government to crack down on extremists “in the tribal territories of North and South Waziristan to wipe out the ever growing networks of extremists, including Mullah Fazlullah, who is believed to be the mastermind of the attempted murder of Malala”.

From a far different part of Pakistan’s media spectrum comes Hamid Mir, the popular, controversial television anchor for Geo TV and a widely read columnist. Mir sent along a copy of a seven-page open letter from Pakistani Taliban spokesman Ehsanullah Ehsan; Mir was concerned because his name is mentioned about five times, and he is accused of being “un-Islamic”.

The message offers up a justification for the killing of Malala, who the Taliban consider to be an adult (she has been variously reported as 14 or 15 years old). The group wrote that women who abide by Shariah are not supposed to be killed, but it is permitted, even dutiful, to kill those who aren’t as virtuous. The statement singles out the role of Malala, who had blogged for the BBC, in supposedly spreading propaganda against Muslims.

“This is the second email from the Taliban in 24 hours. They are freely using emails, calling our colleagues on their mobile phones and the government is doing nothing except telling us ‘The Taliban will kill you,'” Mir said by email. He was referring to official notices sent to journalists by local police that they “are on the hit list of the [Pakistani] Taliban to be targeted,” and offering police protection. None of the journalists we contacted who had received such notices wanted us to use their names— understandable given the increased level of threat they are facing. But local journalists and news reports did say that the Interior Ministry has increased security near media organisations.

Many Pakistani reporters tell us of having to deal with a constant fear of retaliation if any of the many sides to the conflict in Pakistan should be unhappy with their reporting. And the Taliban, in some cases, have claimed responsibility for killing journalists. But while not media friendly, the Taliban have become very media savvy, making full use of the Internet and other digital platforms and keeping local and international journalists on their speed dial to make sure they are heard.

CPJ has written widely about threats to journalists, and has encouraged media personnel to tell their employers and colleagues and actually report on the threats they receive; we feel it is the best way to counter those threats. The widely spread revelations about the latest round, this time from Taliban groups, is an indicator of how successful that tactic can be. It takes a great deal of courage, because in Pakistan, threats cannot be taken idly. In 2010 and 2011, more journalists were killed in Pakistan than in any other country. And many of those who died in targeted killings had first been warned to be silent.

Journalist Hayatullah Khan, for example, was threatened by virtually every regional faction: Pakistan’s intelligence service, the military, the Taliban, and al Qaeda. In 2006, Khan was abducted and killed. The day before, Khan had filed a story and photographs indicating that a US-made missile had struck a home in the tribal town of Miranshah, killing senior al Qaeda operative Hamza Rabia. The pictures—widely distributed by the European Pressphoto Agency — contradicted the Pakistani government’s explanation that Rabia had died in a blast caused by explosives in the house. To date, the government has refused to release an investigative report into his killing despite demands by civil society.

In fact, while the Pakistani authorities have arrested several suspects in Malala’s case, the same government has not demonstrated a willingness to investigate the scores of attacks on journalists. Pakistan ranks tenth in CPJ’s impunity index, which calculates unsolved journalist murders as a percentage of each country’s population.