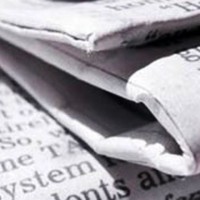 Condemning the killing of three workers of a private TV channel in Karachi and police atrocity against a local senior journalist, the fraternity on Friday staged a protest demonstration here outside the Press Club. Participants demanded of the Federal and provincial governments to take proactive steps for the protection of working journalists.

The protesting journalists marched from Peshawar Press club to Governor House, where they staged a sit-in and chanted full-throated slogans against KP government, police and Sindh government. Speaking on the occasion, KhUJ president Nisar Mehmood strongly deplored the killing of three workers of private TV channel in Karachi and atrocity of police on a senior journalist in the line of duty. He said that media persons have continuously been tortured by police and killed in terrorists’ acts elsewhere in the country. The office-bearers vohttp://www.pakistanpressfoundation.org/front-page/74859/khyber-pakhtunkhwa-journalists-demand-protection-for-media-persons/wed that the protest campaign will continue till the full assurance by government to provide protection to the community members, and active steps for prevention of such incidents in the future.

Earlier, a meeting was also held under the auspices of Khyber Union of Journalists at Peshawar Press Club, which decided to complete boycott coverage of government functions, Khyber Pakhtunkhwa assembly, and police programmes, till taking of stern action against the cop, who tortured a senior journalist in the premises of provincial assembly the other day.

It was also decided to observe black-day on Monday, across the Khyber Pakhtunkhwa, and to hold rallies and demonstration against the atrocity of police. The meeting also condemned the killing of three workers of a private TV channel in Karachi, demanding the Sindh government to take steps for arrest of their killers. On the occasion, a committee was also constituted, which will be take up the issue with relevant authorities.