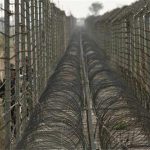 MUZAFFARABAD: More than four hundred journalists from different parts of Pakistan and Azad Kashmir have arrived here to take part in a “symbolic march” towards the Line of Control (LoC) on Saturday.

The march, organised by the Central Union of Journalists (CUJ), a regional body, has attracted attention of media professionals across the country.

“For almost three weeks now, India-occupied Jammu and Kashmir has been locked behind an iron curtain. What has compounded our worries is the unparalleled communication blockade that has sealed all sources of information,” said Abdul Hakim Kashmiri, an office-bearer of the CUJ.

“This situation compelled us to do something to draw the attention of the world community in general, and media fraternity in particular,” he told Dawn.

Arshad Rachyal, a former president of Pakistan Press Club UK, said he was happy that there were no divisions on the issue of Kashmir.

“The fact that the common cause of Kashmir has bridged gaps and brought rival groups and leaders on one platform is reassuring,” he said.

Talking to Dawn, Hafiz Afzal Butt, who heads his own faction of the Pakistan Federal Union of Journalists (PFUJ), said the Pakistani media considered itself under a moral obligation not only to raise voice against the oppression of Kashmiris by India, but also to persuade the authorities to open up the territory for relief supplies via LoC.

“India-occupied Kashmir is facing a humanitarian crisis as life-saving drugs and other essential supplies have run out. This alarming situation demands immediate intervention by the international community and tomorrow we will highlight this need during our march,” he said.

The rally will leave Muzaffarabad at 9am on Saturday for Chakothi, 58 kilometres from Muzaffarabad. Mountains carrying Indian artillery overlook this town.

The marchers will carry two truckloads of medicines and dry ration in an attempt to pass them on to the Indian forces for the aid of people in occupied Kashmir.