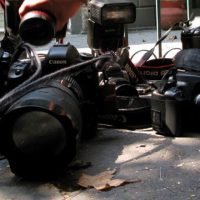 KARACHI: Federal In­­for­ma­tion and Broadcasting Minister Fawad Chaudhry has said that his ministry is planning to present a bill in the National Assembly for protection of journalists.

The new legislation will be similar to the one enacted in Khyber Pakhtunkhwa.

This was stated by Mr Chaudhry at the awards ceremony organised by the Centre for Excellence in Journalism (CEJ) in collaboration with the Centre for Communication Progra­mmes Pakistan, Palladium Pakistan and the Sukh Initiative at the Institute of Business Administration’s city campus on Tuesday.

The information minister spoke at length about the reforms he was trying to bring about at the ministry.

He announced that the information ministry was trying to work on the development of a media technology school in Pakistan and a journalist protection act, simi­lar to the legislation in KP.

He added that he was working on providing health insurance to working journalists and was committed to safeguarding interests of journalists in Pakistan. “The future is of ideas, where only superior ideas will win and they can only be generated through constructive debate and dialogue,” he added.

Journalists from across Pakistan submitted their news stories that were published between July 1, 2017 and September 30, 2018.

Winners of awards in different categories

Excellence in reporting for Urdu newspaper and online content

The event was attended by media professionals and academics from across the country.