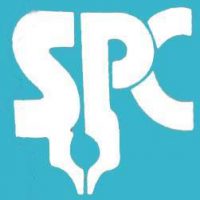 SUKKUR: An eviction notice served to the local press club by the district administration on Tuesday sent a wave of anger among media personnel, who took to the streets and vowed to fight their case at an appropriate forum.

The press club stands on a portion of the Mohammad Bin Qasim Park at Dolphin Chowk. The notice states that the building is liable to be demolished in line with a Supreme Court order regarding removal of encroachments from all recreational and amusement parks.

As soon as the notice was served, local journalists and other media personnel including press photographers and cameramen of news channels assembled at the club and held a sit-in outside it.

Leaders of the local businessman community, traders’ organisations, legal fraternity, Shehri Ittehad and various religious parties and groups including Jamaat-i-Islami, Jamiat Ulema-i-Islam-Fazl and Jamiat Ulema-i-Pakistan expressed solidarity with the journalist community in their stance against demolition of the press club building.

PFUJ leader Lala Asad Pathan described the move to raze the building as a conspiracy to deprive oppressed people of a forum to express their views freely and hold their protests against injustices. He said it was not a commercial entity or encroachment.

He said the Sukkur deputy commissioner misled the judiciary by submitting a wrong statement under a “conspiracy” to get the building demolished but the journalist community and other media personnel would foil this conspiracy with their unity and with the support of other civil society organisations.

Meanwhile, the legal team of the Sukkur Press Club led by its president Jawed Memon has filed a constitutional petition in Sindh High Court’s Sukkur bench against the district administration’s move.

The matter has been fixed for Jan 22 and notices have been issued to the respondents.

PFUJ president Afzal Butt and secretary general Ayub Jan Sarhandi have condemned the move to demolish the Sukkur Press Club building as “tactics on the part of bureaucracy”.

In a joint statement issue in Islamabad on Tuesday, they urged the Sindh government to take action against the bureaucracy and the other elements involved in hatching the conspiracy.

They called upon Pakistan Peoples Party chairman Bilawal Bhutto-Zardari to take notice of the situation.