Home » Featured » Journalists’ attackers yet to be arrested 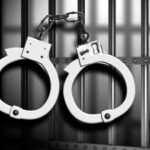 LAHORE: Hanjerwal police have yet to arrest the accused persons involved in firing at senior journalists couple of weeks back. Police had registered an FIR No. 2421/19 under Section 440 of PPC on the complaint of senior journalist, Muhammad Adrees, son of Muhammad Sidique, a resident of Johar Town.

He had told police that on December 25, 2019, he was present at the house of crime reporter Mian Imtiaz at Niaz Baig. As they came out of the house for walk, two unidentified persons hurled life threats and opened firing. Fortunately, they remained unhurt. Police reached the scene and collected evidences.

The victim, Adrees, has appealed to senior police officers for the arrest of accused persons to know the motive behind the attack. He also sought protection from police.