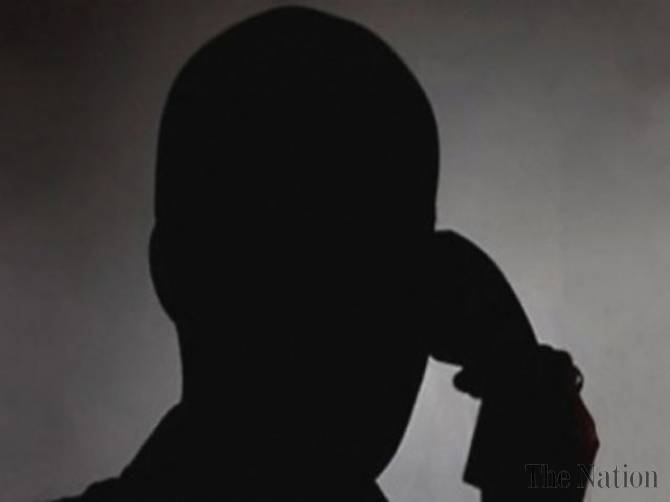 ISLAMABAD: A journalist is receiving life threats and obnoxious messages on his mobile phone from some unknown persons while police are doing nothing to protect him.

Israr Ahmed, crime reporter of an English national daily, has been given life threats by some unknown persons on his cell number for many days. He has lodged a complaint with Saddar Bairooni police, but they have not registered an FIR so far. It is pertinent to mention that Israr Ahmed narrowly escaped a life attempt in April 2012 in Dhamial.

The office bearers of National Press Club (NPC), Pakistan Federal Union of Journalists (PFUJ) and Crime and Court Reporters Association Rawalpindi (CCRAR) condemned the threats being given to the reporter and appealed to the federal government to take steps for protection of journalists. Talking to media, NPC Secretary General Shehryar Khan said that such threats could not stop journalists from discharging their duties. “Hundreds of journalists have so far been killed, but neither any challan has been completed nor has any culprit been arrested,” he said. He termed the situation alarming and urged the government to take steps for journalists’ protection.

CCRAR Secretary General Iqbal Malik said he had discussed the issue with the district government and filed an application for registration of an FIR at Saddar Bairooni police station. He said the association would pursue the case and ask Interior Minister Chaudhry Nisar Ali Khan to take notice of the threats being given to the reporter.

He said Israr Ahmad, a reporter of The Nation, was being given threats by unidentified people for many days. “On Thursday night, a person phoned Israr and, using offensive language, said: “Come out of your house as we are waiting for you outside. We will burn you along with your family.” Iqbal said the journalist had no enmity with anyone and asked the district government to provide protection to him.