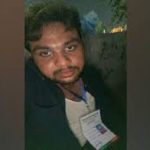 As per details, a local news channel reporter who was present at Karachi’s Bagh-e-Jinnah to cover the opposition parties public gathering under the banner of the Pakistan Democratic Movement was beaten up for filming participants leaving the rally.

Sources said that no action was taken against PPP volunteers despite a complaint lodged by a local journalist.

It is pertinent to mention here that the Pakistan Democratic Movement (PDM) public gathering in Karachi was marred by ruckus when female activists of the Pakistan People’s Party (PPP) fought with each other.

As per details, the PDM’s public gathering in Karachi was marred by ruckus as participants broke barbed wires when the main leadership of opposition parties reached Bagh-e-Jinnah to address the rally.