ISLAMABAD: While uproar against the new rules to regulate social media continues from various segments of society, including parliamentarians, the Pakistan Federal Union of Journalists (PFUJ) and civil society, the information technology ministry on Friday formed a committee to review the rules.

The federal cabinet approved the rules on Feb 11, but later after opposition from various quarters, including companies that manage different social media platforms, the prime minister announced that a fresh consultation process would be launched over the Citizens Protection (Against Online Harm) Rules 2020.

The committee formed by the IT ministry is headed by Pakistan Telecommunication Authority Chairman Amir Azeem Bajwa while its members are Eazaz Aslam Dar, additional secretary of IT; Tania Aidrus, member of the Strategic Reforms Imple­mentation Unit, Prime Minister Office; and Dr Arslan Khalid, focal person on digital media at the PM Office. Federal Minister for Human Rights Dr Shireen Mazari and Barrister Ali Zafar will also be involved in consultations.

Rules are being formulated to curb freedom of expression, warns consultation forum organised by PFUJ

The committee will undertake broad-based consultation with relevant segments of civil society and technology companies about these rules and complete the process within two months.

The issue was also taken up at the Senate Committee on Delegated Legislation on Friday and the panel decried the formulation of the rules without taking the stakeholders into confidence.

Chairman of the committee Senator Kauda Babar said that social media was not a routine matter and concerned all segments of society.

“Since social media is becoming lifeline and even the sole source of earning for many, the rules have to take into account considerations of all segments of society,” Senator Babar said.

A member of the committee, Senator Rubina Khalid, who is also chairperson of the Senate Standing Committee on IT, said that the Senate’s IT committee should have been taken into confidence when the rules were being finalised. But the rules were sent to the cabinet bypassing the parliamentary committee.

Senator Mian Raza Rabbani said that if a national institution was to be created for enforcement of social media rules, it should be created under an act of parliament.

The key opposition to the rules has come from the PFUJ which has announced its plan to hold a nationwide agitation against the rules on March 4.

The PFUJ organised a joint consultation with the Parliamentarians Commission for Human Rights (PCHR) and social media experts on Friday.

The key participants of the consultation were anchors of TV talk shows who termed the rules “mother of all black laws” and alleged that the rules were being formulated to curb freedom of expression and speech in the country.

The consultation rejected the notion that rules passed by the federal cabinet were in conformity with international norms and laws of other developed countries like the United Kingdom and United States and Europe as laws to regulate social media were still under public debate in these countries.

It was highlighted that Pakistan had earlier witnessed formulation of similar “draconian” laws but the formulators had later become victim of these laws.

A resolution passed by the consultation said that the ‘black rules’ were meant to limit and snatch the space available on social media for journalists, bloggers, activists and the ordinary citizens of Pakistan.

“We will not allow such laws to be used against freedom of speech and expression guaranteed in Article 19 of the Constitution,” PFUJ Secretary General Nasir Zaidi said.

Apart from the local stakeholders, the Asia Internet Coalition, an industry association that promotes the understanding and resolution of internet policy issues in the Asia Pacific region, has also warned the government over the rules. The organisation wrote a letter to the prime minister soon after the rules were approved by the federal cabinet saying that unless revoked, these rules would severely cripple the growth of Pakistan’s digital economy. 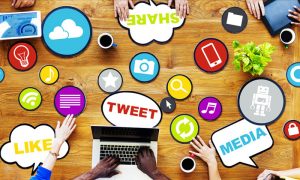