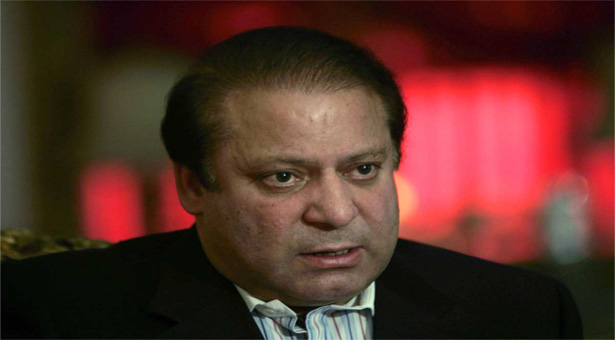 LONDON: Prime Minister Nawaz Sharif said on Tuesday that his government had no intention of banning Geo and the Jang Group as requested by the Ministry of Defence.

Asked by The News about the attempts by some quarters to persecute Geo and the Jang Group, Nawaz Sharif said that the media was playing a positive role in Pakistan and there was every reason for an independent media such as Jang and Geo to continue functioning without any forcible shutdowns.

The prime minister said that since he came to power, his government had not imposed any kind of restrictions on the media and it believed in the freedom of expression.

Nawaz Sharif said that his government had started a dialogue with the Taliban with good intentions and wanted to continue this process. “We want to establish peace through dialogue. Look at the example of Ireland where peace was established through peace talks. There is nothing wrong in seeking peace through negotiations,” said the prime minister.

Nawaz Sharif said that his government was trying to create a suitable atmosphere for the overseas Pakistanis and was creating opportunities for them.

During the meeting, issues related to development and welfare were discussed, said a press release.The prime minister said that Pakistan’s priorities include reviving the economy, overcoming energy shortage, eradicating extremism and promoting human rights. “Moreover, our government is committed to good governance, curbing corruption, fiscal discipline, widening tax base, and introducing other fiscal measures to revive the economy,” added the prime minister.

Nawaz said Pakistan greatly appreciates the generous development assistance by the British government, especially in education and health sectors and Pakistan welcomes the increase in size and scope of the DFID program, particularly in the field of education.Collaboration in professional development, faculty training, research, academia, student exchange programmes and cultural partnerships were also discussed.