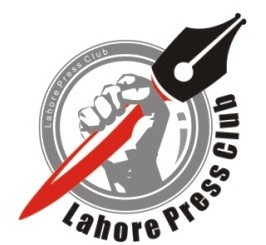 LAHORE: Journalists on Monday continued their symbolic hunger strike camp for the second consecutive day in front of the Lahore Press Club to condemn a murderous attempt on senior journalist Hamid Mir and a possible action against the Geo TV.

Addressing the participants, Arshad Ansari said it was highly condemnable that nine days had passed since the murderous attempt on Hamid Mir, but the culprits were still at large. He announced that till the attackers were not arrested, their strike camp would continue. He said the journalists community would not tolerate any action against the Geo TV for the cause of the freedom of expression. He said the economic murder of media workers could not be allowed. He said the whole community would stand by all journalists and media houses in testing times. He said from April 30, the members of all press clubs of the country would reach Lahore and the whole community would organise rallies and demonstrations for four consecutive days from May 1.

He said conspiracies were being hatched on a daily basis to curb the Geo but the journalists community stood united with the Geo to foil all such attempts. He said a rally would be organised on May 2 in favour of the freedom of expression and a procession would proceed on May 3 from the Lahore Press Club to the Punjab Assembly.

Shahbaz Mian said the journalists community was not divided on the issue of Hamid Mir and would foil all conspiracies in this regard.

Punjab Bar Council Member Malik Sarwar said journalists and lawyers had supported each other in strengthening democracy in the country and the same would be continued in future as well.

Forum for International Relations and Development Chairman Taha Qureshi said the media had paid a heavy price for the sake of democracy and no one could curb its freedom. He said his organisation would not support any action against the Geo TV.

Our Peshawar Correspondent adds: The newly elected body of the Peshawar High Court Bar Association (PHCBA) on Monday termed the attack on the Geo News anchor Hamid Mir as an assault on the freedom of the press and asked the government to arrest the assailants forthwith.

PHCBA newly elected Secretary General Muhammad Ayaz Khan told The News that the Jang Group had played a historic role for the independence of the judiciary and restoration of democracy.

“After the successful lawyers’ movement, all of us including the media, civil society and lawyers were under attack on various fronts. The media had given full support to the lawyers’ movement and now lawyers would stand by the media in this difficult time,” he added.

About his newly elected team’s work plan, he said his first priority would be to establish good working and cordial relations between the bar and the bench. He said the cause list in the PHC was too long and sometime cases were adjourned without hearing.

“My effort would be to reduce the cause list so that there is enough time to hear each case,” he said, adding that important and urgent cases should be heard in one or two days. He said due to the backlog of work the vital cases were also fixed for hearing in a week or two.

He said the lawyers in the provincial capital were facing car parking problem, lack of bar rooms and various unresolved legal issues with the Khyber Pakhtunkhwa Bar Council.

He said he would try to stop pre-poll rigging in the PHCBA election. He claimed that in every election the presidential and other candidates deposit the membership fee of the voters that is in thousands.

“I would try to issue lifetime PHCBA membership. It would not only end pre-poll rigging, but also eliminate the stigma from the lawyers of defaulting on payment of dues,” he said. He added that the new body would also try to discourage the role of non-practicing lawyers in the bar associations.

Ayaz Khan, the PHCBA general secretary, said he would try to introduce a system of assistance to the families of those lawyers who became handicapped or their practice was affected due to illness.

In the PHCBA election on Saturday, Muhammad Isa Khan, a presidential candidate of the Muttahida Lawyers Panel won by securing 684 votes. His rival Muzammil Khan, who was a joint candidate of the People’s Lawyers Forum (PLF) and the ANP-affiliated Malgari Wakeelan, got 616 votes.

Muhammad Ayaz Khan, the joint candidate of PLF and Malgari Wakeelan won the election as secretary general by obtaining 583 votes. His rival Hazrat Said got 376 votes.

Jamal Afridi, the candidate of Muttahida Lawyers Forum won the election as vice president by securing 607 votes. He defeated Irshad Ahmad Durrani who got 443 votes. Kashif Jan was elected as the joint secretary by obtaining 732 votes. His rival Imad Anjum Durrani got 523 votes.

Wajid Hussain won election for the office of finance secretary by getting 736 votes. Ziaul Hassan was elected the press secretary. A female lawyer, Gul Naz won election as member of the executive committee with 372 votes.