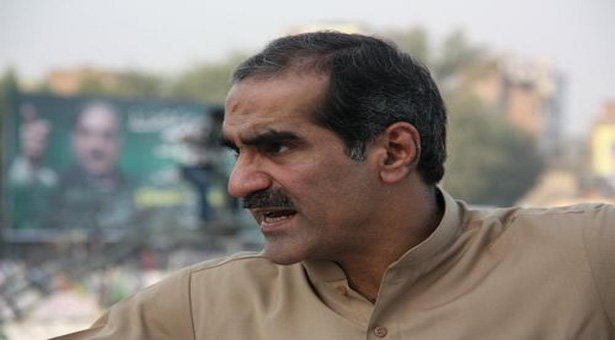 LAHORE: Federal Railways Minister Khawaja Saad Rafique has categorically stated that freedom of expression and differences of opinion do not amount to treason.

Talking to the media after the 21st passing-out parade here at the Pakistan Railways Academy, Walton, on Tuesday, he said the one who abrogates the Constitution and those who take oath under the PCO are traitors of Pakistan, not the media.

He said the media too need to mend its ways and media owners and journalists also need to self-regulate themselves and define their parameters.He said there was no restriction on criticising those generals who violated the Constitution and those judges who yielded to them by taking oath under the PCO.

He said that senior journalists should sit together and formulate a code of ethics for good journalism. He said that security agencies were performing their duties with full responsibility and whenever needed helped the railways.

The minister said that there could be ups and down in the talks process with the Taliban, but the government wanted to have positive results.Dispelling the impression of tension between different institutions of the country, he said every institution was functioning within its limits, adding that there must not be any criticism on the professional conduct of the army and the judiciary.

He said Imran Khan needed another 20 years to become a mature politician to be able to compete even at the lowest level. He said Imran Khan had not been able to deal with the truth that the people of Pakistan shattered his dream of becoming the prime minister, and there was no conspiracy.

The call for the May 11 protest by Imran Khan is yet another proof of his immaturity and he can go ahead with his plans to fulfil his desires, he added. The minister said political pressure, nepotism and bribes are a story of the past in the Pakistan Railways and the national department was now recruiting employees strictly on merit, adding that the salary of Railways Police would be increased stage-wise after the budget.

The minister said Pakistan was in critical condition when they took the oath. He promised that the railways would overcome its deficit and there would be peace in the country. He said the PM had approved the recruitment to the railways. The IGP has been requested to upgrade the training school, DSPs to the rank of SP and the establishment of an IT lab.