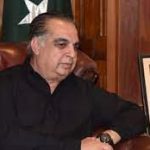 KARACHI: Sindh Gover­nor Imran Ismail has refused to give his assent to the Sindh Protection of Journa­lists and other Media Practi­tioners bill, which was pas­sed by the Sindh Assembly recently, and returned the bill to the legislature for reconsideration because it lacked a “mechanism for monitoring funds of the commission concerned”.

Reliable sources told Dawn on Sunday the governor had also made an observation that there was a “perceived contradiction” in the bill.

The governor pointed out in his summary that the bill proposed formation of a government-funded commission, but envisaged “neither any finance committee to supervise income/spending nor any mechanism for third party audit of government funding”. Therefore, he suggested, the bill include “an appropriate mechanism for the purpose”.

In addition, Governor Ismail took exception to a clause which allows the commission to formulate its own rules and regulations, contending that it seemed to contradict another section of the bill stating that the government would make rules and make them public through gazette notification.

On the basis of these obser­vations, the governor called upon the Sindh Assembly to reconsider the bill.

A spokesman for the provincial government lashed out at Governor Imran Ismail for refusing to give his assent to the bill.

But Murtaza Wahab, the spokesman, said at a press conference “we will nevertheless get the bill passed from the assembly”.

“Media representatives worked hard on the bill. After approval from the Sindh Assembly, the governor went against it and rejected it,” Mr Wahab said.

“These are the people who champion freedom of expression, but what they have done contradicts their words.”

Other Media Reports: The News