Home » Archives » News » Give YouTube a chance: Pakistani rappers take on the ban 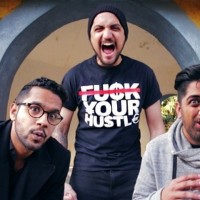 KARACHI: With many deep into withdrawal over the banning of social media network YouTube in Pakistan, they found a new anthem for their cries in the form of ‘Vital Saeen’ Ali Gul Pir along with rapper Adil Omar and music producer Talal Qureshi calling for an end to the block in their new music video.

The video and its profound lyrics immediately caught the attention of people and soon the video was going viral on social media networks such as Facebook and Twitter with Ali Gul Pir trending.

The video is part of a youth initiative “Pakistan for All“ against state censorship in the country and mainly focuses on the YouTube ban.

A few months earlier, a similar video circulated on social media which featured a YouTube mascot roaming around the streets of Karachi asking for hugs from those who want the popular video streaming site to be accessible again.

The latest music video aims takes things further and the song’s lyrics cleverly play on a vernacular slang, using the words “ban” and “chor” (thief) together to indirectly refer to the government as access thieves and the fact that they are taking the ban for granted by not removing it.
The music video focuses on three singers who rap about the ban on the video site, the YouTube mascot who is chased by the authorities and a politician, who slyly watches videos on the site in the safety of his own drawing room.

The lyrics stress on how people these days have to use various proxy sites to access blocked sites in the country. Towards the end, Adil Omar in his rap even tells the government to ban the video itself if they don’t approve of it.