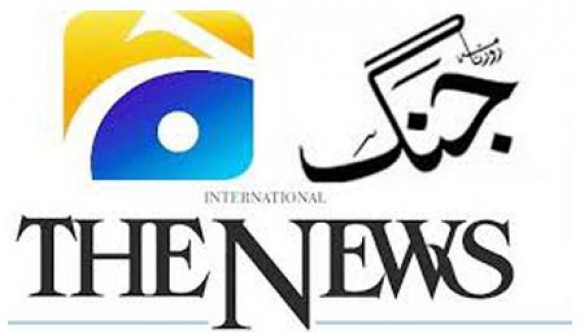 ISLAMABAD: The era of the ’60s, ’70s and ’80s has gone — when the media could be curbed according to the wishes of powerful forces —and the blocking of Geo TV, Jang and The News in cantonments is highly condemnable, senior politicians said. They also came down hard on Imran Khan for becoming a part of the smear campaign against Jang Group at the behest of the ‘angels’.

Senior politicians from the Pakistan Peple’s Party, Awami National Party and Jamaat-e-Islami were asked about the blacking out of Geo and the blockade of the Jang Group’s newspapers in cantonments, and the role of political parties, especially Imran Khan, on the issue. Both the censorship on the Jang Group and the role of Imran khan were condemned by the veteran politicians. They also urged the Judicial Commission to come up with its findings at the earliest.

Veteran PPP politician Mian Raza Rabbani, while talking to The News, said that the closure of Geo television in the cantonments and the banning of Jang and The News in the garrison areas is a highly condemnable matter. “Gone are the days of the ’60s and ’70s when the freedom of press could be attacked like this,” Rabbani said adding: “This is not the ’60s and ’70s.” He maintained that the Pakistan People’s Party has always advocated a free press.

Raza Rabbani further said that the current issue is sensitive in nature; therefore, it must be resolved legally and through reconciliation between both parties. He held that both parties should cool down and resolve the issue, and it could be solved.

While commenting on Imran Khan’s statement, in which he too joined the bandwagon of those who are spitting venom against the Jang Group, Mian Raza Rabbani said that those parties which have struggled for strengthening of democracy have a different point of view than those parties which want to see Pervez Musharraf as Prime Minister of Pakistan. “Those who want Musharraf as PM of Pakistan have been badly exposed before the nation,” Raza Rabbani concluded.

Senior Vice President of the Awami National Party, Haji Adeel, when contacted, condemned the blackout of Geo TV in cantonments and blockade of Jang Group’s newspapers in the army-controlled areas. “When the issue is with the Pakistan Electronic Media Regulatory Authority then the decision of Pemra should be awaited instead of closing down Geo,” said Adeel. He maintained that all allegations against Geo should also be put before the Judicial Commission as the issues appears to be sensitive in nature. He, however, condemned the allegations of traitor on any media house or on any person. When asked about the doubtful role of Imran Khan in this issue, Haji Adeel commented that it was the media and the agencies which were promoting such elements and presented them as heroes before the nation.

“At this stage, all the political parties and media houses must play their role to strengthen democracy,” he added.

Senior Jamaat-e-Islami leader Liaquat Baloch commented that at a time when a complaint has been lodged before Pemra, no channel must be blocked or newspaper stopped.

While commenting on the role of Imran Khan in becoming part of the campaign against the Jang Group, Liaquat Baloch said political parties must refrain from fuelling the fire between the two sides.