Home » Impunity » You can gun me down, dump my body but can’t silence me 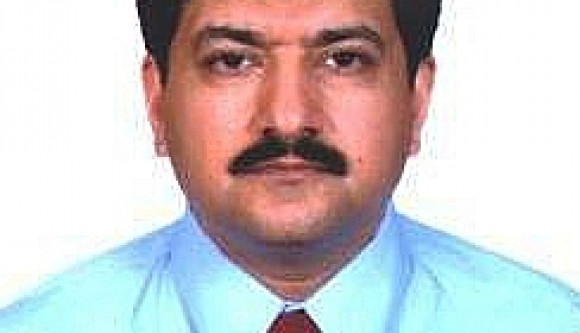 ISLAMABAD: Geo News senior anchor Hamid Mir said that the elements giving him threats could not intimidate him as they could gun him down and throw his body on a road but such threats could not deter him from calling a spade a spade.

He rebutted a claim of Interior Minister Chaudhry Nisar Ali Khan that he had not been threatened during the rule of the incumbent PML-N government.

The Geo retelecast Capital Talk of August 29, 2013, in which one Major Wajahat had sent to Hamid Mir a threatening SMS.

Hamid Mir said, “I informed the viewers about the name of person, his threatening message and the cellphone number while the programme was on air.

I also made it clear that I would go on calling a spade a spade without buckling under threats and pressures,” said the senior anchor.

While the programme was on air, Hamid Mir said: “This naval intelligence officer, whom he called a dacoit, was arrested by a police officer. I have just received an SMS from one Major Wajahat. Major Sahab, if you are listening to me, I have got your SMS from 0300-8543609. I repeat the number — 0300-8543609. You are saying that I have done him an injustice by criticising him. You should be ashamed of supporting a person who was involved in a case of abduction for ransom and SSP South Nasir Aftab had arrested him red-handed. If you think a Major can intimidate us through an SMS, I tell you that you’re wasting your time. Yes, you can gun me down or abduct me and dump my body on a road but I tell you, you can’t browbeat us. None can intimidate us for we are the citizens of Pakistan and we have pledged to defend the Constitution of Pakistan and can lay down our life for it. We are unlike you who support the breakers of the Constitution and dacoits. You are supporting dacoits … you should be ashamed of it, you should be ashamed of it, you should be ashamed of it.”

Hamid Mir said long before his August 29, 2013 programme, Major Wajahat also sent him threatening messages during his programmes on Balochistan.

He said the ISPR and the ISI had also been brought into picture about these threats but of no avail.

The senior anchor said in one of his SMS, Major Wajahat termed him a traitor.

The senior anchor said according to his information the major was in Blue Area when he sent him SMS containing threat on August 29, 2013. However, Hamid Mir said the act of an individual could not be blamed on the armed forces or any of their intelligence agencies.

It should be remembered that the existence of some rogue elements in ISI was admitted by General Musharraf and other army officials.

The then religious affairs minister Dr Amir Liaquat Hussain had also talked about such elements when Musharraf was attacked.