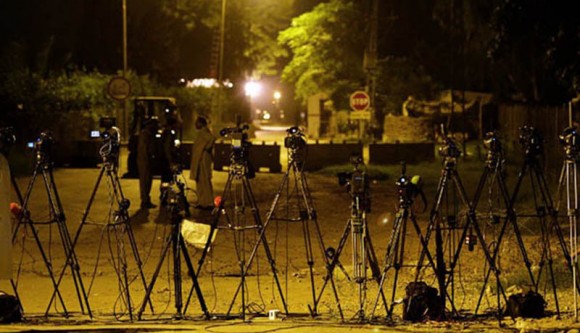 THE report released on Thursday by Reporters Sans Frontières reminds us that politics around the world today has inevitably taken a heavy toll on media freedoms, squeezing both the public’s right to know and journalists’ duty to inform.

“Press freedom … is in retreat in all five continents,” said the RSF 2015 World Press Freedom Index.

The head of the RSF told the media that the deterioration is linked to a range of factors, “with information wars and actions by non-state groups acting as news despots”.

Take a look: Pakistan ranked 159 out of 180 countries in press freedom: report

Examples of such groups are Boko Haram and the Islamic State, as well as criminal organisations in Italy and South America.

Further, several countries fell in the rankings as compared to last year, for example the US. The latter’s drop was in part because it launched a “war on information” against whistleblowers including WikiLeaks and others, while Venezuela’s record worsened since the National Bolivarian Guard fired on “clearly identified” journalists covering protests.

Pakistan, where the threats faced by journalists and the constraints on reporting are a dirty, if open, secret, was ranked at 139 of the 180 countries evaluated.

That said, however, some of the positions awarded are curious, and raise questions about the methodology and logic used in ranking countries. Qatar, for example, like several other Gulf countries, is not exactly known for reporting freely on its internal politics. However, it weighed in at 115.

Placed higher were the Central African Republic (110) and Kuwait (90), which, again, can by no means be considered places where there is any degree of freedom to report.

In fact, the ranking exercise falls into the trap of counting statistics rather than analysing the actual situation in its full context, especially in developing countries. In several parts of the world, the growing levels of violence against journalists actually provides a clue to increasing media freedoms since the state or other parties hit back only when there is reportage to resent.

Pakistan is a good example of this: during earlier periods of severe restrictions on the media, violence against journalists was less frequent because information was so tightly controlled that much of it went unreported.

As the scope of the media has expanded, so too has the resistance to open debate. It is a pity that a number of journalism’s watchdog bodies have failed to account for these nuances, for they are of vital importance in the complex web of media repression.