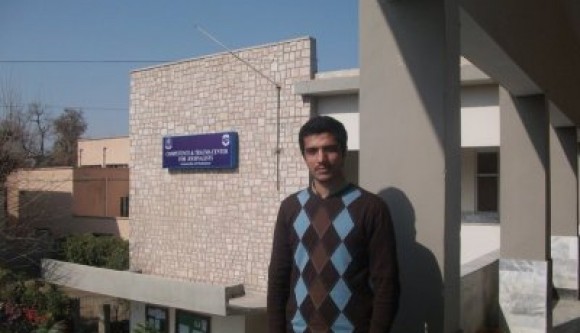 Mental health carries a stigma in Pakistan, but one team is fighting the taboo to help journalists traumatized by their work covering the front line of the country’s battle with terrorists.

Mental health carries a stigma in Pakistan, but one team is fighting the taboo to help journalists traumatized by their work covering the front line of the country’s battle with terrorists.

The young journalist was traumatized by the brutality of the attack in the north-western town of Charssada in May 2011.

He saw bodies in pools of blood, scattered limbs and wounded soldiers moaning in pain.

“It was the worst thing I have ever come across in my life,” Mashal, now 24, recalled his first experience covering a terrorist attack. “It was terrifying.”

Mashal was in a state of shock after the attack that the Taliban said was to avenge the killing of al-Qaeda chief Osama bin Laden by US commandos weeks earlier.

The subsequent murder of a colleague by jihadi militants in Mohmand tribal district near his hometown made Mashal jumpy and aggressive, and his anxiety began to reflect in his work.

But he never thought about counselling, because of the stigma attached to mental health issues in conservative Pakistani society.

He nearly quit working as a reporter for the state-run radio after Taliban gunmen killed 136 children at an army-run school in the city of Peshawar on December 16.

“I felt would have a nervous breakdown if I continue to cover such incidents anymore,” Mashal said.
But he recently found renewed courage to pursue his dream career.

Mashal was among 15 journalists treated for post-traumatic stress at a centre established by Peshawar University, with technical and financial assistance from the German DW Akademie.

“I was encouraged by my teachers to go for therapy and it feels much better now,” Mashal said, speaking from the journalism department of the university where he also completed a master’s degree last year.

DW Akademie provided funds to finance the centre for three years, and the university’s psychology department provides expertise and infrastructure.

“It was badly needed here,” said professor Altafullah Khan, who heads the journalism department and is coordinating between the DW Akademie and the university.

“Journalists are the first ones to get exposure to violence. Trauma is natural in some cases,” said Khan, who formerly headed the German broadcaster’s Urdu-language service.

“The idea behind the project is to make sure that the impact of trauma does not reflect in journalists’ reporting of some of the most depressing incidents,” said Khan.

Marina Khan and Farhat Naz are the psychologists providing counselling and proposing therapies to journalists bruised by years of exposure to violence.

“Most newsmen come to us with problems like aggression, anxiety, stress, abnormal sleep patterns and disturbed appetite,” Naz said.

The psychologists said they often have to probe to determine the exact nature and level of their depression because Pakistanis do not easily open up about mental health issues.

“This is the most difficult part,” Naz said. “You have to make them realize that this is a problem that needs to be taken care of.”

Khan said he was happy with the way journalists had responded to the initiative.

Fifteen journalists were treated at the centre during the first three months of its launch.
“This is something much better than our expectations,” Khan said.