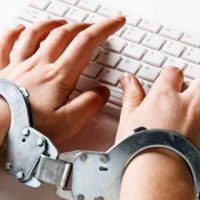 Freedom in Pakistan, especially if considering the internet and its multiplying roles in daily life, is something of an illusion. Governments worldwide fear the ‘net’ and the anarchic freedoms it represents, freedoms of speech and expression that governments find inconvenient and seek to constrain, often with considerable success as the citizens of China would find were they to get the chance to use an internet free of government filters. Pakistan has a tendentious relationship at government level with the ‘net’ and has at various times over the years blocked access to all or part or it for varying lengths of time.

For the sixth year in succession, Pakistan has been found to be ‘not free’ by Freedom House in its report for 2017 that was researched by the Digital Rights Foundation (DRF), an NGO that is a thorn in the side of the administration and rightly lauded outside the country for its efforts. Several failures on the ‘freedom’ front were highlighted — the closedown of mobile internet services in Fata for more than a year, the Prevention of Electronic Crimes Act 2016 which has widened the powers of censorship and surveillance at the same time as providing inadequate oversight, the detention of five bloggers that irritated the government and the pernicious growth of arrests connected to alleged blasphemies — all well documented and all reported in the public domain.

The status of internet freedom has declined over the last year according to the report, with minorities being targeted and extremist groups being allowed to proselytise despite being in many cases banned. There are instances where members of minority groups are sentenced to death online and they are not difficult to find for those of an inquiring mind. The technical capacity to take down hate speech exists but is not deployed as frequently as it should be and extreme religious views are tolerated. The overall ranking for Pakistan stands at 71 — with 100 being the worst by way of state interference or constraint in terms of the ‘net’. The DRF is to be commended for its tenacity and diligence, long may it be a thorn in the side of successive governments.