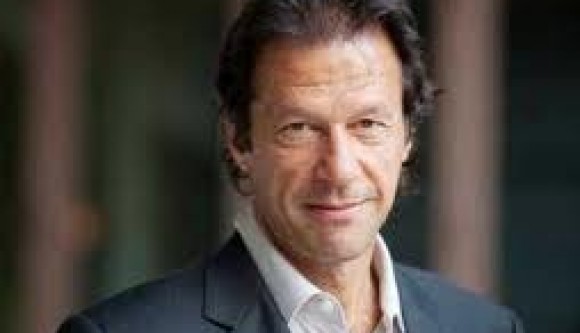 LAHORE: Former and incumbent Pakistan Tehreek-e-Insaf (PTI) members, annoyed with Imran over different issues, have rejected his stance on rigging in elections and tirade against the Jang Group and Geo News channel.

Besides, some of senior politicians who remained part of the PTI and later quit it, said that there was no denying the fact that rigging was committed in the last general elections against Tehreek-e-Insaf and Pakistan People’s Party, but it was not justified to hold Jang and Geo responsible for it.

“It is obvious that Imran has learnt nothing from the past, he is heading for a situation which will not serve the interest of the country or democracy, but may result in a severe collision of state pillars,” said Inamullah Niazi, a former parliamentarian, a close relative of the PTI chairman and once a PTI member, who quit the party last year.

Niazi said the continuation of democratic system was in the interest of all stakeholders and for that purpose, anyone who has political wisdom would never adopt the path of confrontation. He said Imran’s tirade against Jang and Geo was highly uncalled for and it was surprising why he started harping on the rigging issue after one year of polls in which he faced defeat.

Former foreign minister and one of the seasoned politicians from Kasur, Sardar Aseff Ahmad Ali, who joined PTI in 2011 but is no more part of it, told The News that Jang/Geo gave remarkable coverage to Imran on important occasions which he should not forget. He said everyone had the right to record his protest under democratic norms and nothing was wrong with Imran’s political struggle. But holding a media group responsible for defeat in elections without proofs was not justified. He said Imran was right in his stance on rigging in elections as on many seats, results were changed through unfair means.

Col (retd) Raja Javed Mujtaba, a PTI activist, who is annoyed with the party leadership at the moment, told The News that the hue and cry being raised by the ruling elite of the PTI was not justified.

“The PTI could not ensure fair elections within party, most of the loyalists were removed from offices unlawfully. Then how could it point fingers at the credibility of the general elections,” said Javed Mujtaba, who has been associated with the PTI since 2007.

PPP Secretary Information Qamar Zaman Kaira told The News by phone from Norway that the PTI chairman should adopt a parliamentary method to prove his viewpoint. He said it was the forum of parliament where elected members could raise voice and evolve consensus through dialogue over the core issues.

Over the issue of Jang/Geo bashing, Kaira said the PPP government itself had differences with the media group over different issues but it believed in the freedom of press and rejected any assault on media.