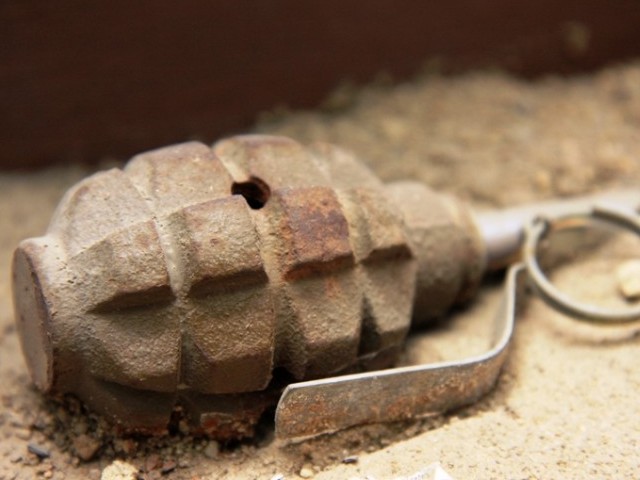 PESHAWAR: Masked men hurled a hand grenade at the house of Jamshed Baghwan, the Express News bureau chief in Peshawar, in the Murshiedabad neighbourhood of the city early Sunday morning.

The main gate of the house was damaged in the attack which happened just over two weeks after an explosive device was found and subsequently defused by the Bomb Disposal Squad near Baghwan’s house.

Around 6:25am two masked men riding on a motorcycle threw a hand grenade at the main gate of Baghwan’s house which went off with a loud bang.

According to the police, it was a China-made grenade. “We’ve registered an FIR on the complaint of Jamshed Baghwan,” an official of the Yakatot police station told The Express Tribune.

Talking about the 2kg device found on March 19 outside Baghwan’s house, he said that it was defused because it was spotted by the family on time.

Baghwan is a senior journalist and the attack on his house is, in fact, an attack on free media, Yousafzai said. It’s the government responsibility to protect journalists, he added and directed the city police chief to consult media persons and chalk out a security plan for them.

KhUJ President Nisar Mehmood and General Secretary Tariq Afaq said Baghwan is a senior journalist and such attacks would not be tolerated. The government should fulfill its responsibility to protect journalists.

The KhUJ will stage a demonstration outside the Peshawar Press Club at 1pm on Monday to protest against the attack.