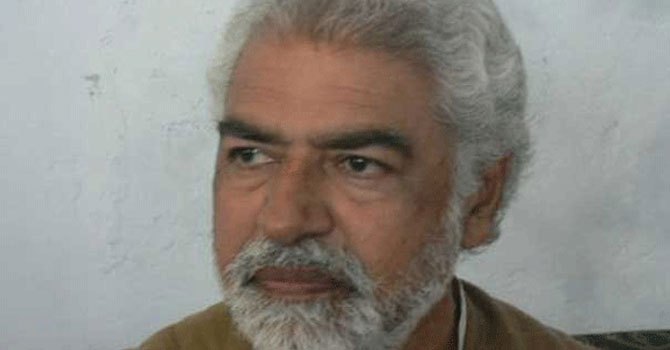 KARACHI: The Election Commission has rejected the nomination papers of renowned columnist and Pakistan Muslim League – Nawaz (PML-N) leader Ayaz Amir ‘for writing against the ideology of Pakistan’ in his columns.

Eyewitnesses said local residents Arif Mehmood and Khawaja Babar Saleem Mehmood had registered their objections with the local office of the election commission saying Amir’s columns were in conflict with the ideology of Pakistan. Over which, the returning office rejected Amir’s papers and referred them back to the ECP.

Khawaja Baber Saleem Mehmood, who is the chairman of the local press club, had filed objections through his lawyer Khawaja Khalid Farooq.

According to the Constitution of Pakistan, one cannot be a member of Parliament if he “violates Islamic injunctions,” or has “worked against the integrity of the country or opposed the ideology of Pakistan.”

Amir, who had filed nomination papers for the NA-60 seat from Chakwal, confirmed that his papers had been rejected by the returning officer.

“Some local journalist raised objections on some of my columns, claiming they were against the ideology of Pakistan and Islam,” he said.

“This is the first time in Pakistan that nomination papers have been rejected on the basis of journalistic writing. Not everyone writes weekly columns. I’m among the few who do, I’m not sure if this would be applicable to other candidates.”

Regarding his future course of action, Amir said he would file an appeal against the decision tomorrow.

Officials from the Election Commission of Pakistan were unavailable for comment until the filing of this report.